Michelle Obama told Oprah Winfrey that she will never run for president because it would be too hard on her kids “to do again.”

During the interview that aired Monday night, the first lady squashed the dream of liberals who have been pushing the idea of Obama running for president in 2020. (RELATED: Michelle Obama: It Was ‘Painful’ To Watch The Presidential Election This Year)

“No … no,” the first lady responded when she was asked if she would ever run for office. “Look, that’s one thing I don’t do, I don’t make stuff up. I am pretty direct. If I were interested I would say it.” (RELATED: Michelle Obama On Trump: ‘Now We’re Feeling What Not Having Hope Feels Like’)

“Sixteen years,” she continued.  “I wouldn’t do that to my kids. What people don’t understand, you run, their lives stop.”

“The next family that comes in here, their lives will be turned upside down in a way that no American really understands.” 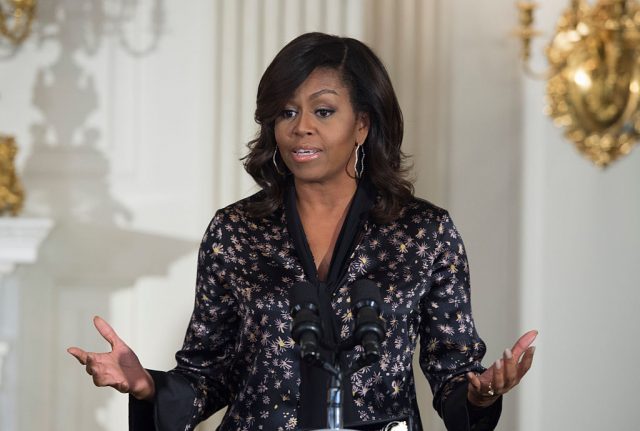 During the same interview, Obama said that under president-elect Trump “now we’re feeling what not having hope feels like.”

“See, now we’re feeling what not having hope feels like,” Michelle Obama said.

“Hope is necessary,” she added. “It’s a necessary concept. And Barack didn’t just talk about hope because he thought it was just a nice slogan to get votes.”

“I mean, he and I and so many believe– what else do you have if you don’t have hope,” she continued. “What do you give your kids if you can’t give them hope?”