A black man has been arrested and charged with burning an African-American church in Greenville, Miss. last month and defacing its outer walls with “Vote Trump” graffiti.

The Mississippi state police arrested Andrew McClinton, 45, on Wednesday and charged him with first-degree arson of a place of worship, Warren Strain, a spokesman with the Mississippi Department of Public Safety told The Daily Caller.

McClinton allegedly set fire to Hopewell Missionary Baptist Church, where he is a member, on Nov. 1, a week before the election. The fire destroyed 80 percent of the church. A GoFundMe account raised more than $240,000 to repair the facility. 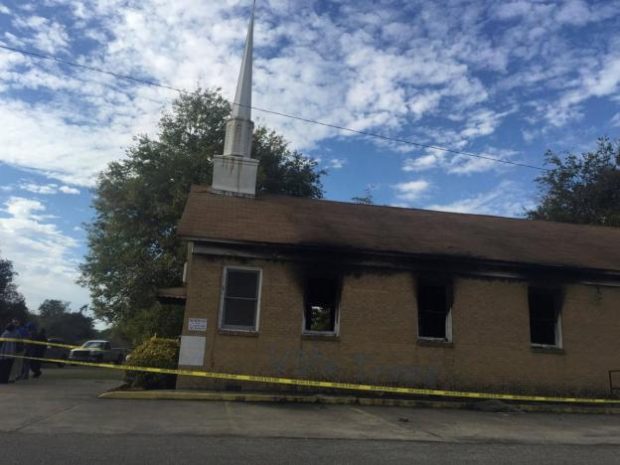 Clarence Green, a bishop at Hopewell, told the AP that McClinton is a member of the church.

[dcquiz] The attack, which was investigated by local and state authorities as well as the FBI, was widely attributed by media outlets to Trump supporters. The Atlantic, to cite one example, published an article entitled “A Black Church Burned in the Name of Trump.”

Mississippi U.S. Rep. Bennie Thompson, whose district encompasses Greenville, said last month that the arson and vandalism was an act of “domestic terrorism.”

“If there is something like the Ku Klux Klan or the Aryan Nation…we look at that as domestic terrorism,” he told the AP at the time.

The case appears to be yet another hoax targeting Trump supporters. Several Muslim women who have claimed since the election that they were targeted by Trump fans because they wore hijabs have been charged with making false reports.