The Democratic National Committee is “worthless” and its former chairwoman, Florida Rep. Debbie Wasserman Schultz, was not up to the task of leading the organization, outgoing Senate Minority Leader Harry Reid said in a candid interview on Wednesday.

“I believe one of the failures of Democratic Party has been the Democratic National Committee, the DNC, has been worthless,” Reid said during a live call-in interview with Las Vegas radio station KNPR.

“They do nothing to help state parties. That should be the main goal they have. I developed everything in Nevada on my own. Their help was relatively meaningless.”

Reid, who is known for speaking his mind as well as for lying about his political enemies, also weighed in on what the next DNC chair will need to do in order to succeed. (RELATED: Harry Reid Says He Did What Was Necessary By Lying About Mitt Romney’s Taxes) 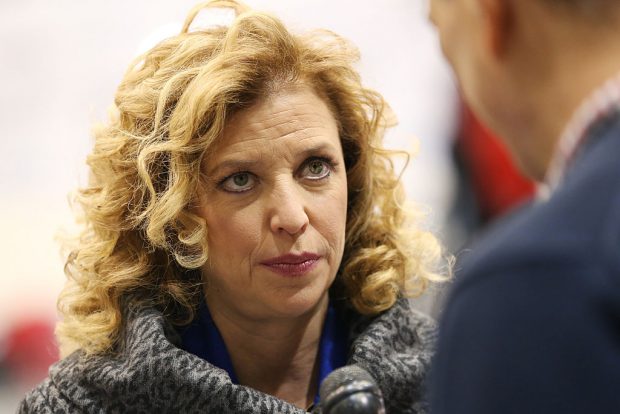 Wasserman Schultz proved to be a controversial and largely unsuccessful DNC chair. She served in that role from May 2011 through this July when she resigned in disgrace after leaked emails showed that she and others at the DNC were critical of Hillary Clinton’s Democratic primary opponent, Vermont Sen. Bernie Sanders.

Democrats have seen their legislative power erode since Wasserman Schultz took over as DNC chair. Democrats lost five House seats and seven Senate seats from the 2010 elections through 2014, the last national election which Wasserman Schultz oversaw as party chair. Democrats also suffered net losses in governorships and seats on state legislatures across the U.S. during that time span.

Reid, the quintessential Beltway politician, has also been blamed for his party’s stagnation. When he leaves office next month he will be replaced as Senate Minority Leader by New York Sen. Chuck Schumer.

Minnesota Rep. Keith Ellison and Labor Secretary Tom Perez are the top two contenders for the DNC spot. Ellison has said he will resign from Congress if he is chosen to lead the DNC. Democratic consultant Donna Brazile is currently serving as interim chair of the party.