According to a poll conducted by the Remington Research Group between Dec. 11 and Dec. 12 of 1,945 respondents, 64 percent of Americans think professional football players like San Francisco 49er Colin Kaepernick should not use the NFL as a stage for their political views. Only 22 percent believe they should use their platform and 15 percent say they are unsure. 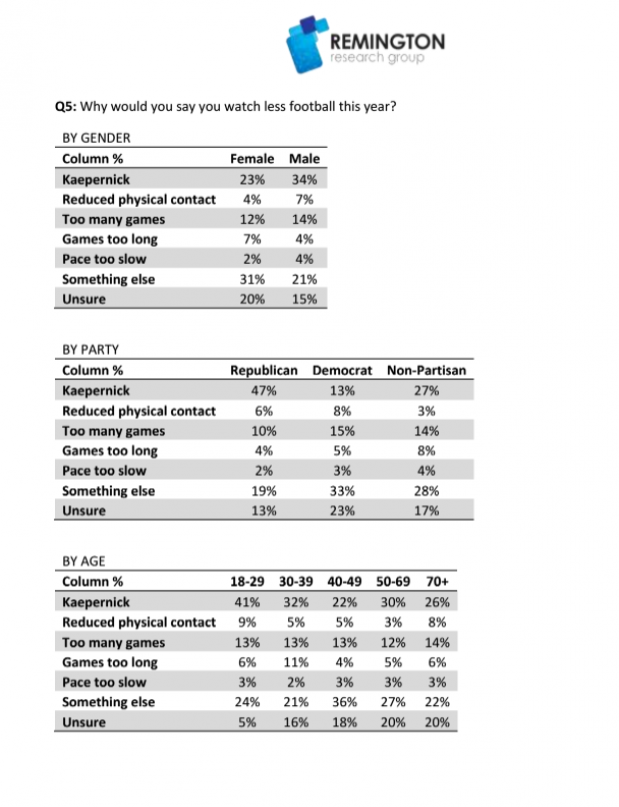 Around three fourths [73 percent] of non-partisans say they have watched less professional football in 2016 compared to years past.

When broken down by race, a fifth of African Americans blamed Kaepernick as a reason for not watching the NFL, while a a third of whites and a third of Latinos say the same. 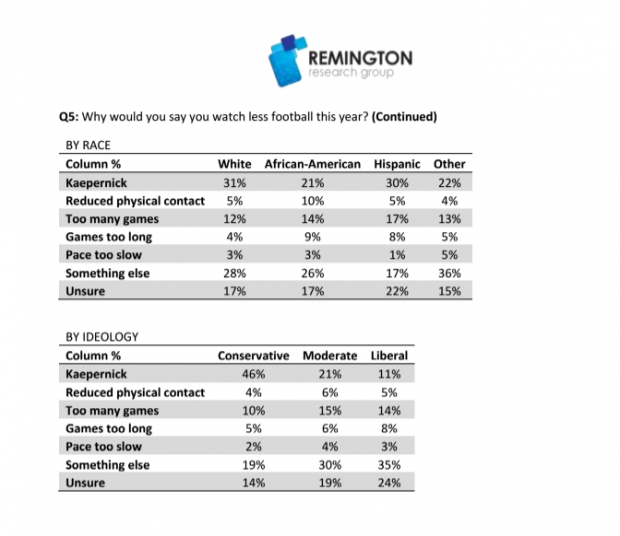 Kaepernick, originally the back up quarterback for the 49ers, began protesting the national anthem over race issues during pre-season at the start of each game by kneeling instead of standing with his team.

His actions eventually spread to other players on his own team and other teams across the NFL. Soon, players on high school football teams started to mimic Kaepernick.

Kaepernick also did not vote in the presidential election, saying it would be “hypocritical” of him to cast a ballot.

“It’s clear in the data that political issues are affecting the NFL’s viewership,” said Titus Bond, Director of Remington Research Group. “Especially amongst Republicans and Non-Partisans. It’s still a split issue amongst Democrats, but Republicans soundly reject the idea of football players using the NFL as a stage for their political views.”

The loss of audience eyeballs on the NFL this season has cost the networks dearly as well.
Yahoo Finance reported Wednesday networks like CBS and NBC saw spikes in audience deficiency units (ADUs), or “makegoods,” which are payments networks have to make to advertisers when ads do not get the promised volume of impressions.