The firearms business might have hit record highs in 2016, but you’d never know it by looking at the stock of Smith & Wesson Holding (NASDAQ: SWHC) — its shares are down about 1% in 2016. So as the year winds to a close, it might be worthwhile to look at what Smith & Wesson did right even though the market didn’t seem to appreciate it.

Here were the best moves the gunslinger made this year that strengthened the business, and ought to position it for even better returns next year and beyond. 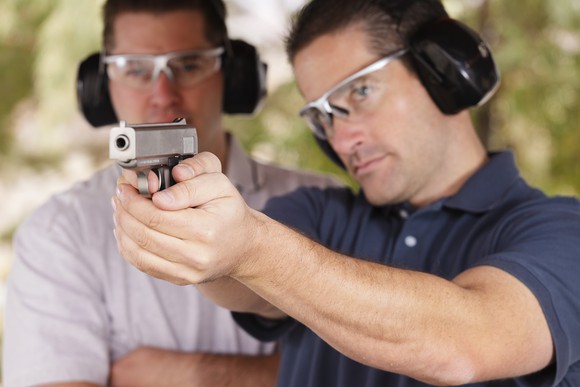 Smith & Wesson started off the year announcing a major restructuring of the company. No longer would it rely upon volatile gun sales for the bulk of its revenues, but would instead move in a different direction that would create three new divisions: firearms, manufacturing services, and accessories.

Separating itself from the firearms industry pure-plays like Sturm, Ruger (NYSE: RGR), Smith & Wesson laid the groundwork for the move into accessories with its acquisition of Battenfeld Technologies, which introduced outdoors products from brands like Hooyman, Caldwell, and Wheeler. The new manufacturing services would let it introduce business-to-business services such as forging, heat-treating, plating, and finishing, to third parties that were countercyclical and counter-seasonal to the firearms business — which would continue on as it had been selling Smith & Wesson-branded guns.

The realignment represented a fresh way of thinking at Smith & Wesson as it diversifies its revenue streams and smooths out the boom and bust gyrations of the firearms industry. 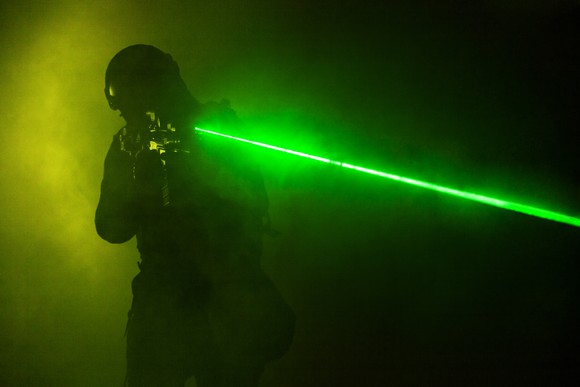 Although Taylor Brands and Crimson Trace were known quantities to Smith & Wesson because they were also suppliers to it, the purchase of the latter opened up a new avenue for the company as it subsequently created a fourth division, electro-optics, of which Crimson Trace would be the centerpiece. UST, though relatively small and unknown, is a key supplier to the survivalist and extreme outdoors market.

Considering the businesses it purchased and the restructuring it made, the holding company name no longer represented its focus. It wasn’t just a gunmaker anymore, but over time would become a diverse retailer of goods and services that ran parallel to firearms, a meaning the name Smith & Wesson name could no longer convey. It proposed changing it to American Outdoor Brands and shareholders just overwhelming approved it, effective Jan. 1.

That makes it more like Vista Outdoor (NYSE: VSTO), which also has an outdoors gear and firearms mix, though whether the name change is a smart move remains to be seen. There’s a lot more competition and Smith & Wesson is a small, untested player, but as it will continue to manufacture its firearms under the Smith & Wesson brand, the most important aspect of its financial statements remains intact.

The new businesses may be exciting developments, but they still represent just a tiny portion of Smith & Wesson’s overall financial picture. Management believes it may take around five years before it builds out these ancillary ventures to become meaningful components of the business. In the meantime, it needs to rely upon its core strengths, and that includes introducing new products that meet the ever-changing needs of gun buyers.

In 2016, there were three new products in particular that carried the day (or year) for the gunslinger:

New product introductions remained key to Smith & Wesson’s performance all year long. In its fiscal fourth quarter earlier this year, the target pistols and rifles represented 19.2% of total revenues after they were introduced in January and then they took off from there, accounting for 30.4% of total firearms revenues in the fiscal first quarter and 28.9% in the second.

Smith & Wesson has had troubles meshing the Thompson/Center business into the fold, and the rifles were subsequently subject to a recall, but in all new products remained an important factor in the gunmaker’s performance.

Closing out the year

Smith & Wesson’s business shouldn’t be judged by its stock performance, which reacted more to external forces than what the company was trying to achieve. Indeed, if nothing else, the stock’s movement across 2016 underscores the very reason Smith & Wesson took these actions and that means the discounted value those shares trade at ought to make them very attractive to long-term investors.