U.S. pilots got into the Christmas spirit Sunday when they wore Santa Claus hats on their bombing runs against the Islamic State.

The Department of Defense shared some photos of an F-16 Air Force pilot wearing the bright red cap most commonly associated with the present-delivering elf. One photo shows the pilot giving the cameraman a thumbs-up as he flies to deliver his payload. 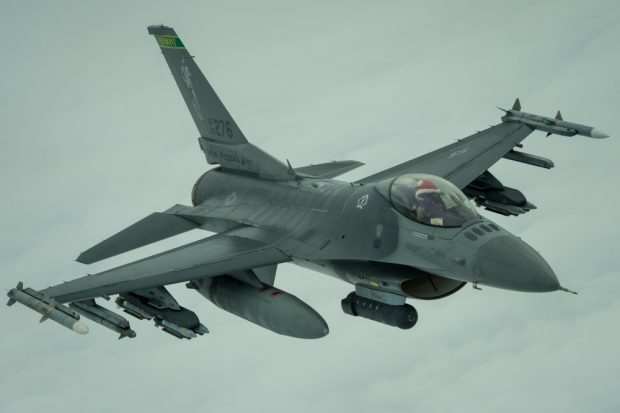 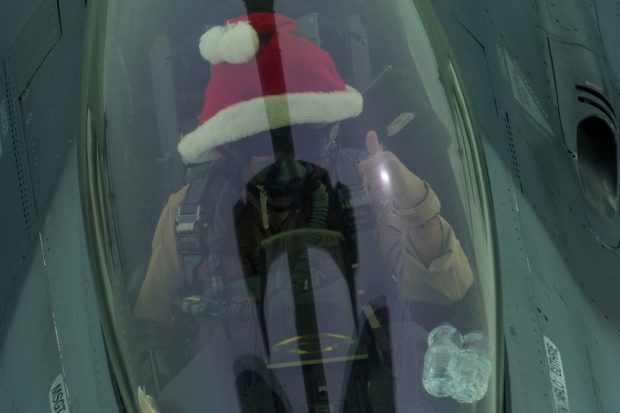 Festive as the hat may have been, the pilot was still clearly on business. A picture taken from distance shows the pilot’s F-16 loaded with various munitions to be delivered to Islamic State targets. U.S. and coalition forces engaged in 18 strikes against ISIS forces in both Iraq and Syria. Most of the strikes targeted the terrorist group’s de facto capitals in Mosul, Iraq and Raqqa, Syria.

ISIS forces in Syria were hit a total of 14 times, while the terrorist group was hit 4 times in Iraq.

U.S. forces, in addition to the other members of Operation Inherent Resolve, began to target ISIS forces through the air on June 15, 2014. ISIS forces suffered significant losses throughout 2016, including the loss of several key cities. The U.S. is currently supporting missions against both Raqqa and Mosul, in the hope of finally destroying ISIS’s land caliphate. The Iraqi Security Forces and Kurdish Peshmerga have made significant gains in Mosul, while the mostly Kurdish Syrian Democratic Forces are besieging Raqqa.