One of the breakout gifts of this Christmas season was “Hillary’s Hammers,” a novelty product that was deemed “the must-have stocking stuffer of 2016.” Daily Caller readers get an excellent deal on these hammers, which are available as regular steel hammers, crab mallets, bottle openers and stress relievers. Specifically, they get 20 percent off with the code DailyCaller.

The hammers are a play on the fact that the Hillary Clinton presidential campaign physically smashed 13 BlackBerrys containing classified information. And although a disclaimer on the Hillary’s Hammers website says “THIS PRODUCT IS NOT INTENDED TO DESTROY MOBILE DEVICES,” it did not take long for someone to use his Christmas present for a similar purpose as Hillary herself. Watch this hilarious video of a man smashing a hard drive repeatedly with his brand new Hillary’s Hammer:

The 20 percent discount isn’t the only promotion available for Daily Caller readers. The company’s site has a mission to get a Hillary’s Hammer in every state, and it currently displays a map of all the states to which it has sent one: 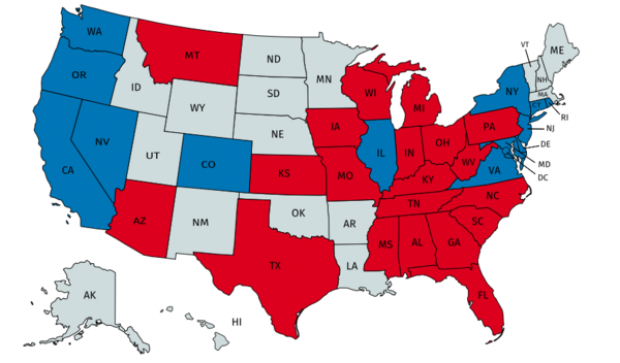 States in grey have not purchased Hillary’s Hammers (HillarysHammers.com)

As you can see, folks in 33 states (and D.C.) have purchased a Hillary’s Hammer. To complete the map, the company is offering the incentive of a free additional hammer to those who are the first to buy in any of the 17 remaining states. But don’t worry, if you are in one of the states that has already become hip to these awesome products, you still get a stress reliever thrown in. This promotion runs through Inauguration Day, which is coming up in a mere two weeks.

Check out the promotion here.