During Thursday’s Senate Armed Services Committee hearing on the Russia hacks, Tim Kaine reminded everyone that he and Hillary Clinton would have won the election had it not been for “fake news stories.”

“I had a little role in this election,” Kaine told Director of National Intelligence James Clapper. “I was along for the ride for 105 days and was the subject of a couple of fake news stories, and it was interesting.”

“There were at least three that the mainstream media didn’t cover because they were so incredible that, like, why would they?” he continued. “But I looked at one of the stories, and it had been shared 800,000 times.” 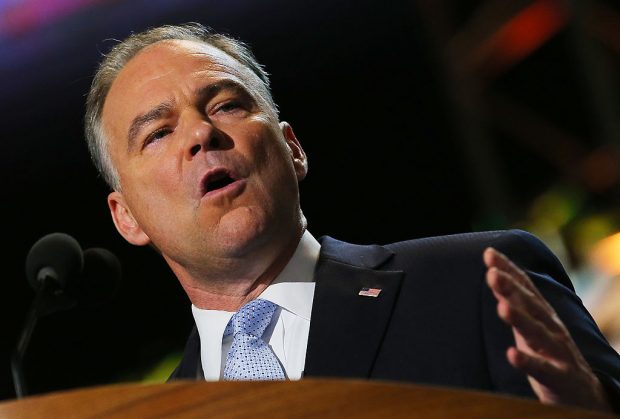 “When I see an administration who is put in place as the proposed national security adviser, someone who traffics in these fake news stories and retweets them and shares them, who betrays a sense of either gullibility or malice,” Kaine added. “These are stories that most fourth graders would find incredible.”

“That a national security adviser would fine them believable enough to share them causes me great concern.”