“Trying to fathom what is shown in the Chicago torture video is just too much,” the former governor of Alaska wrote in an article for Breitbart where she challenged politicians, sports stars and pop icons to speak out on the attack of the innocent.

“I watched a mere few seconds of it and will watch no more. I cannot watch more. Perhaps my family and I see the torture of an innocent young man with special needs through different eyes and with a greater, undeniable sense of responsibility to help; but this story playing out today is proving unbearable.” (RELATED: ‘F**k Donald Trump, F**k White People!’: 4 People In Custody After Man Kidnapped, Tortured On Facebook Live) 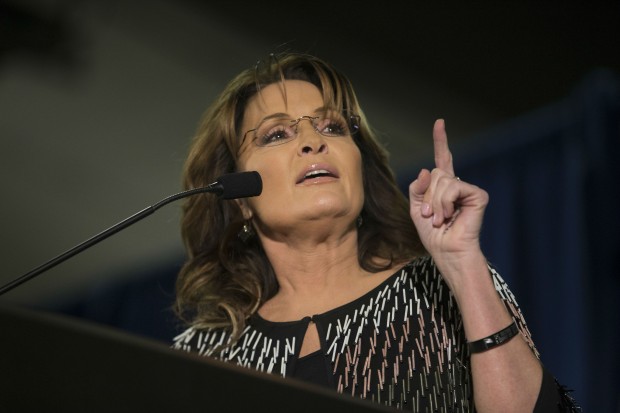 “[My sister] Heather and family remind the public that this targeted beating by young adults is equivalent to torturing a small child.,” she added. “(And media: quit hiding the alleged perps, especially the reported 24-year-old, behind your deceptively descriptive term “teens”!) We’re curious to hear where our public leaders and influential pop icons are on this.” (RELATED: Obama Calls Chicago Torture A ‘Despicable’ Hate Crime [VIDEO])

“Look, we can’t make America great again by focusing only on bureaucratic ideas to hopefully put more money in people’s pockets,” she continued. “Really, it’s more soul in the American life that will make us great again.”

“Is it politically incorrect to call on leaders — including black leaders — to proclaim this the wake-up call society needs? If so, so be it. I call on them.”

“Is it politically incorrect to challenge pop culture “heroes” to join in? If so, so be it. I challenge Colin Kaepernick to take a knee over this one, for this cause is based in reality.”

“May we all do our part to be protectors of the innocent– as God expects. Then our nation will be blessed, for our lives will be touched by special people with a special ability to love. We’ve missed that for too long.”