While Donald Trump was campaigning for president, he promised to “Drain the Swamp.” That is, to remove Washington, D.C. from all its unholy elements. On January 20, he can officially begin to fulfill that promise, when he is sworn in as the 45th President of the United States.

The liberal media has already lined up against him, with reporters from several outlets claiming their job as so-called “journalists” is to be part of a “resistance” against President Trump. There is a culture in D.C. of shady relationships and backscratching, and draining the swamp will only diminish the power of left-wing media in this town.

You can support President-Elect Trump in his quest by getting a limited edition “Drain the Swamp” T-shirt: 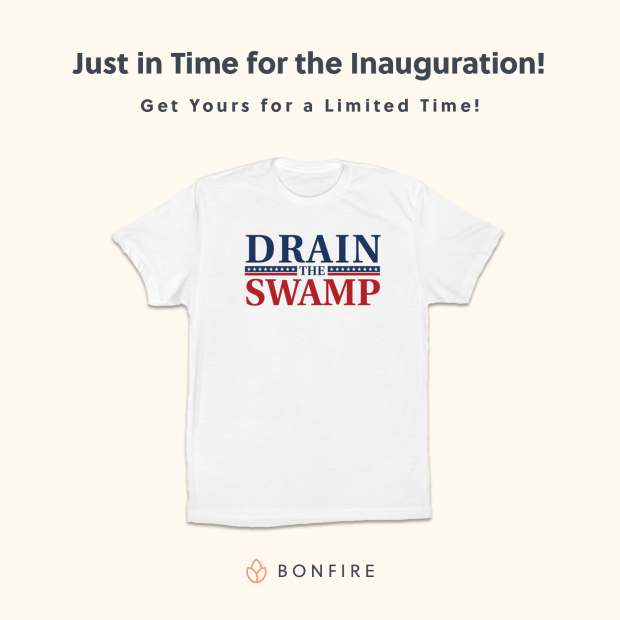 This shirt is available in multiple colors. The design can be had on a T-shirt (pictured), a long-sleeve tee, a baseball-sleeve tee, a sweatshirt and a tank top.

I have a “Drain the Swamp” shirt, and it is my favorite thing in my entire wardrobe. You should get one, too. The inauguration is in two weeks after all.

That shirt not your style? Then this one certainly is: 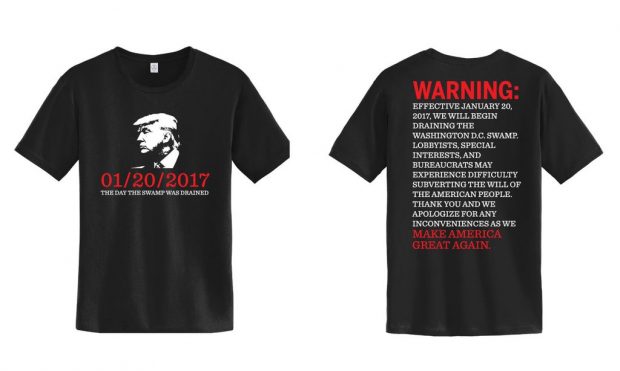 You want to remember this date

This girl looks good in it, that’s for sure: 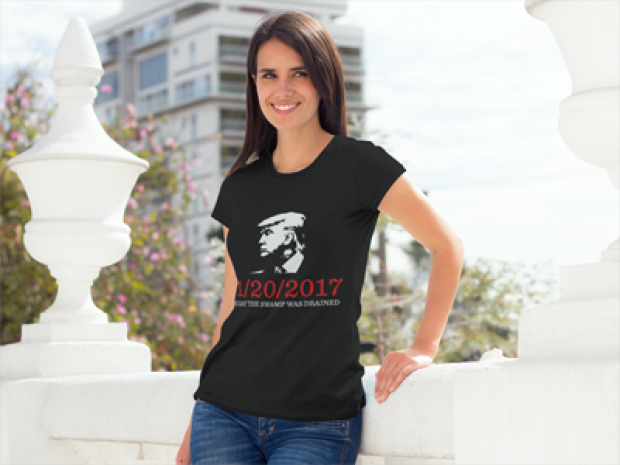 This girl will never forget (Placeit) 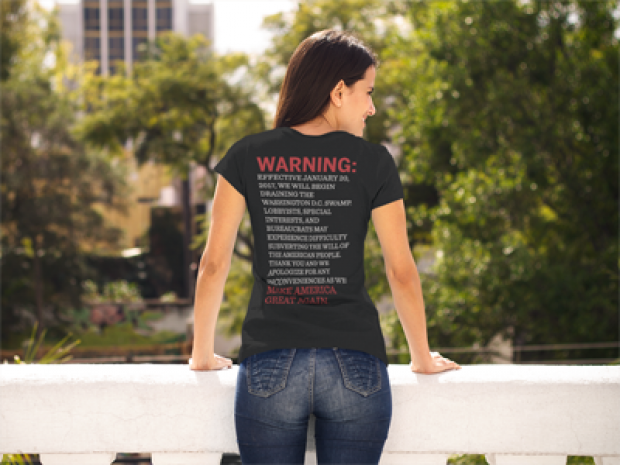 She gets it (Placeit)