Kellyanne Conway said she was concerned by Meryl Streep’s attack on President-elect Donald Trump during her Golden Globes speech.

Streep attacked the president-elect for mocking a disabled reporter during the 2016 campaign, urged him not to kick out foreigners and called on the press to hold him accountable. (RELATED: Hollywood Applauds Meryl Streep’s Slam On Trump During Golden Globes) 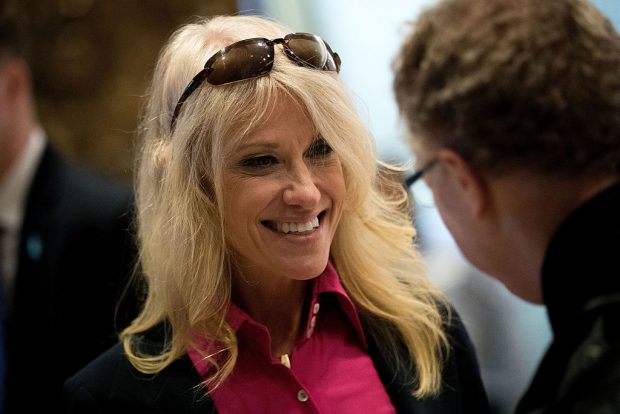 “I’m concerned that somebody with a platform like Meryl Streep is also, I think, inciting people’s worst instincts,” Conway said Monday on “Fox & Friends.” “When she won’t get up there and say, ‘I didn’t like it, but let’s try to support him and see where we can find some common ground with him.'”

“Which he has actually done from moment one,” she added. “The moment he won, he said I’m going to be president for [all people].” (RELATED: Meryl Streep Just Brought Up Donald Trump During The Golden Globes. Here’s What She Said.)

.@KellyannePolls: I’m concerned that somebody with a platform like Meryl Streep’s is inciting people’s worst instincts pic.twitter.com/QjITaedKnV

“Everybody in that audience, with very few exceptions, was of a single, myopic mind as to how they wanted the election to go and how they expected the election to go,” she added. “They lost, and I really wish she would have stood up last night and said ‘look, I didn’t like the election results, but he’s our president and we’re going to support him.'”