Sessions appeared before the U.S. Senate Committee on the Judiciary Tuesday to give testimony in connection with his nomination by President-elect Donald Trump to serve as attorney general. Sessions was accompanied by many members of his family, including his four Asian-American grandchildren. The senator’s daughter, Ruth Sessions Walk, is married to John Walk, an Asian-American man 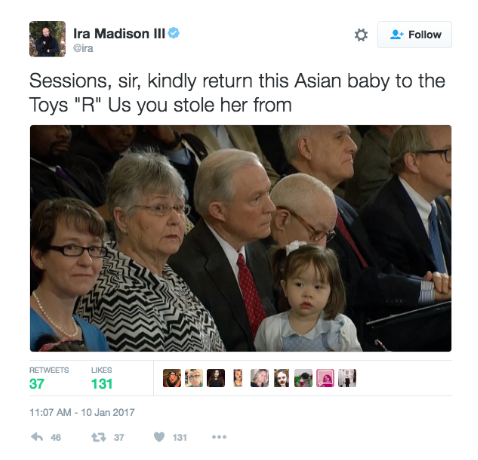 Madison then defended his attacks on Sessions’ family before returning to allegations the senator harbors racist sympathies. In addition to writing regularly for MTV News, he is the host of the MTV podcast “MTV Speed Dial.”