Sasha Obama wasn’t at her father’s farewell speech in Chicago Tuesday night because she was studying for an exam. 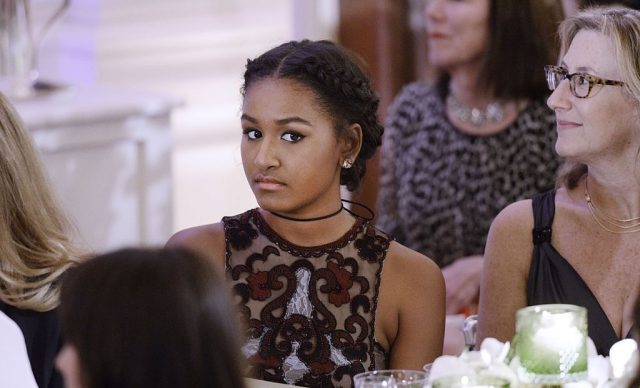 People noticed that Barack Obama’s youngest daughter was missing when the cameras panned to his family and only saw Michelle and Malia Obama sitting in the audience. According to a White House official, 15-year-old Sasha “stayed back in DC tonight because she has an exam at school tomorrow morning.”

Where was Sasha? WH Official says she stayed back in DC tonight because she has an exam at school tomorrow morning.

Meanwhile, Malia was in tears as Obama thanked Michelle “for taking on a role she didn’t ask for.”

“Michelle LeBon Robinson, girl of the south side — For the past twenty five years, you have not only been my wife and mother of my children, you have been my best friend,” Obama said. “You took on a role you didn’t ask for. And you made it your own, with grace and would grant and with style and good humor.”

“Malia and Sasha, under the strangest of circumstances, you have become too amazing young women. You are smart and you are beautiful. But more unfortunately for more, kind and you are thoughtful and you are full of passion.”