Barack Obama said he was genuinely surprised when he realized Donald Trump was going to defeat Hillary Clinton. 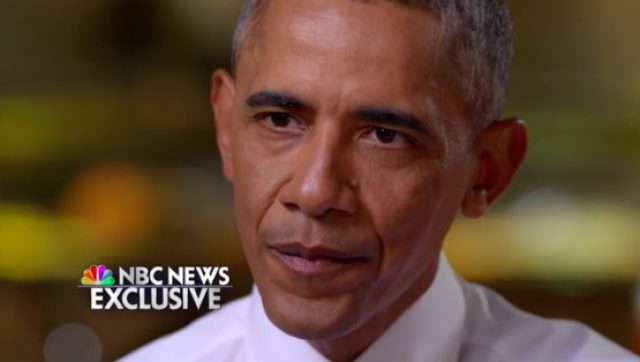 Lester Holt asked the president during an interview on Air Force One Tuesday night about his authentic reaction on election night when he realized that the president-elect was going to win.

“Tell me what happened that night, watching those results when you realized that Donald Trump was going to win,” Holt said to Obama. “Was there an unvarnished Barack Obama at that moment?”

“There was just surprise,” Obama replied. “Generally speaking, not just me but my team have been pretty good at seeing something coming and partly just because the polling was so off, the data was off, there was a surprise.”

“You know, I think the president elect would be the first to acknowledge that he didn’t run a conventional campaign. And it’s not clear that he or his team thought they were going to win. So, I think more than anything it was just surprise.”

The rest of Holt’s interview with Obama airs Friday night on NBC.