Republican Florida Sen. Marco Rubio, a member of the Senate Foreign Relations Committee, said Wednesday that he isn’t sure how he will vote on Rex Tillerson’s nomination for secretary of state. 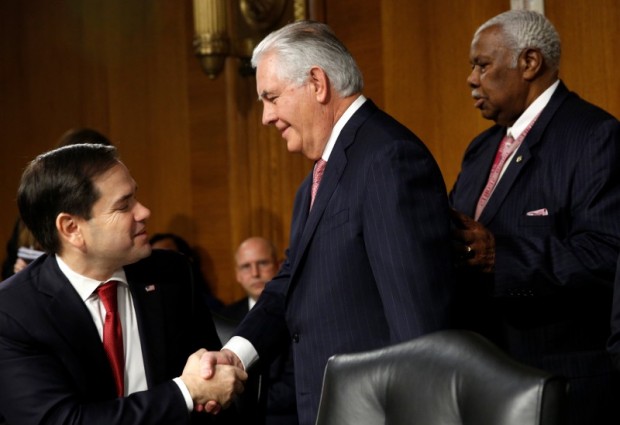 The former ExxonMobil CEO and Sen. Rubio clashed during Tillerson’s hearing Wednesday. The Florida senator asked Tillerson whether he thinks Russian President Vladimir Putin is a “war criminal,” and Tillerson replied, “I would not use that term.”

Rubio listed acts by the Russian military against to civilian populations to “help” Tillerson reach the conclusion Putin is a war criminal. “Those are very serious charges to make and I would like to have more information before reaching a conclusion,” the nominee replied.

Rubio also pressed Tillerson on cyber attacks. While Tillerson said it’s a “fair assumption” that Putin was behind a hacking campaign to interfere with the 2016 campaign, the Florida senator said its “troubling” that Tillerson wouldn’t definitively state that Russia or any other state actor should be sanctioned for a cyber attack.

After the hearings Rubio told reporters that he’s “prepared to do what’s right,” and possibly be the only Republican on the foreign relations committee to vote against Tillerson. The Senate Foreign Relations Committee has ten Republicans and nine Democrats. If Democrats and Sen. Rubio all vote “no” for Tillerson, the former ExxonMobil chief will go to the senate with an “unfavorable” recommendation.