The media was furious after Donald Trump refused to take a question from a CNN reporter at his first press conference as president-elect Wednesday. 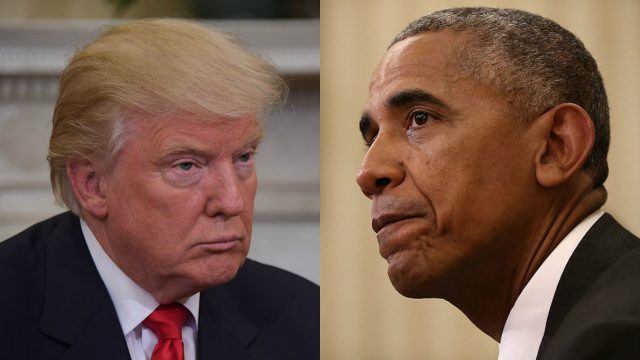 He blasted the network as “fake news” after it reported on an unsubstantiated 35-page document that claims Trump is being blackmailed by the Russian government.

“Don’t be rude,” Trump told Jim Acosta when he tried to ask a question. “No, I’m not going to give you a question. You are fake news.”

The press was incensed, but why did Barack Obama not generate the same outrage when he repeatedly criticized Fox News and questioned its legitimacy over the last eight years? 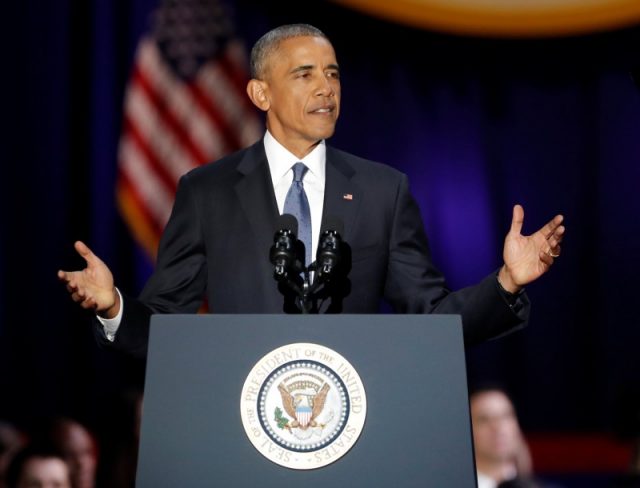 In 2010, he said the network promoted a “destructive viewpoint.”

“I think Fox is part of that tradition — it is part of the tradition that has a very clear, undeniable point of view,” Obama said during an interview with Rolling Stone. “It’s a point of view that I disagree with. It’s a point of view that I think is ultimately destructive for the long-term growth of a country that has a vibrant middle class and is competitive in the world. But as an economic enterprise, it’s been wildly successful. And I suspect that if you ask Mr. Murdoch what his number-one concern is, it’s that Fox is very successful.”

He criticized Fox News while talking about the Affordable Care Act in 2013.

“If you’ve talked to somebody who said, ‘Well, I don’t know, I was watching Fox News and they said this is horrible,’ you can say, ‘you know what? Don’t take my word for it! Go on the website.”

In 2014, he blasted them while giving a speech at Northwestern University.

“There’s a reason fewer are running against Obamacare,” Obama said, “because while good, affordable health care might still be a fanged threat to freedom on Fox News, it’s working pretty well in the real world.”

“I think I should point out in terms of both my confidence that I could win in ’08, but also the fact that I was lucky and maybe a little bit naive,” Obama said during an interview with the Atlantic. “In 2008 I was never subjected to the kind of concentrated vilification of Fox News, Rush Limbaugh, the whole conservative-media ecosystem, and so as a consequence, even for my first two years as a senator I was polling at 70 percent.”

“And obviously almost immediately after I was elected, it was deployed in full force. And it had an impact in terms of how a large portion of white voters would see me.”

“You understand that if people are angry that somehow the government is failing, then they are going to look to the guy who represents government,” he continued. “And that applies, by the way, even to some of the folks who are now Trump supporters. They’re responding to a fictional character named Barack Obama who they see on Fox News or who they hear about through Rush Limbaugh.”

In 2016, he blamed Fox News for Democrats losing elections.