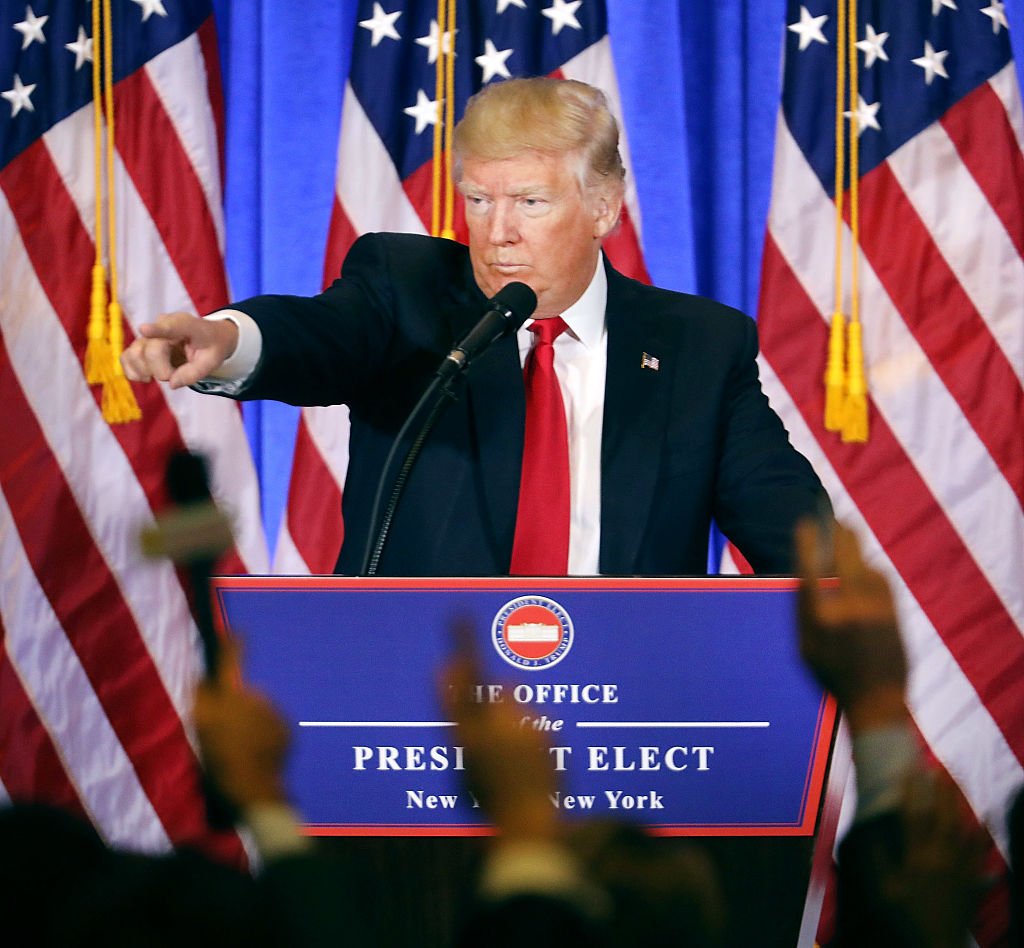 Trump responded by telling Acosta, “you are fake news.”

Acosta opened the exchange by shouting at Trump, “since you’re attacking us, can you give us a question?”

“No, not you,” Trump responded, but Acosta didn’t throw in the towel.

Acosta continued to pester Trump until the president-elect pointed at him and stated, “don’t be rude. I’m not going to give you a question. You are fake news.”

UPDATE (2:15 pm, EST): CNN supplied the Daily Caller the following statement in regard to Trump and Acosta’s exchange:

“CNN’s decision to publish carefully sourced reporting about the operations of our government is vastly different than Buzzfeed’s decision to publish unsubstantiated memos.  The Trump team knows this.  They are using Buzzfeed’s decision to deflect from CNN’s reporting, which has been matched by the other major news organizations.  We are fully confident in our reporting.  It represents the core of what the First Amendment protects, informing the people of the inner workings of their government; in this case, briefing materials prepared for President Obama and President-elect Trump last week.  We made it clear that we were not publishing any of the details of the 35-page document because we have not corroborated the report’s allegations.  Given that members of the Trump transition team have so vocally criticized our reporting, we encourage them to identify, specifically, what they believe to be inaccurate.”