When he takes his oath of office on January 20, Donald Trump will likely be the first president in 24 years to have never used any form of illegal drug.

Trump has long claimed that he has never once smoked cigarettes, touched alcohol or used drugs, which would distinguish him from the last three men to occupy the White House, all of whom either admitted to drug use or refused to deny it. While younger voters are more likely to support legalizing marijuana, for those who were born after January 20, 1993, Trump will likely be the first president in their lifetime to have never used illegal drugs.

“If you don’t drink and you don’t do drugs, your children … are going to have a tremendously enhanced chance of really being successful and having a good life,” Trump explained at a 2015 New Hampshire town hall. New Hampshire has been ravaged by opioid overdoses in recent years.

“The world is so tough and it is so competitive that you can’t put yourself, as a child, or even as a parent, if you want that child to be successful, at a disadvantage of letting them drink or letting them take drugs because it is not going to work,” Trump said, urging sobriety. “They are going to be at a tremendous disadvantage and ultimately they may not recover.”

Trump cites his deceased brother Fred’s losing battle with alcoholism as one of his motivations for staying sober and says he tried to instill the same values in his children.

“When my children were growing up, even when they didn’t know what drinking was, I’d say ‘no alcohol, no cigarettes, no drugs'” he said last April at a CNN town hall.

Trump’s teetotaler approach to alcohol and drugs contrasts with that of his last three predecessors. 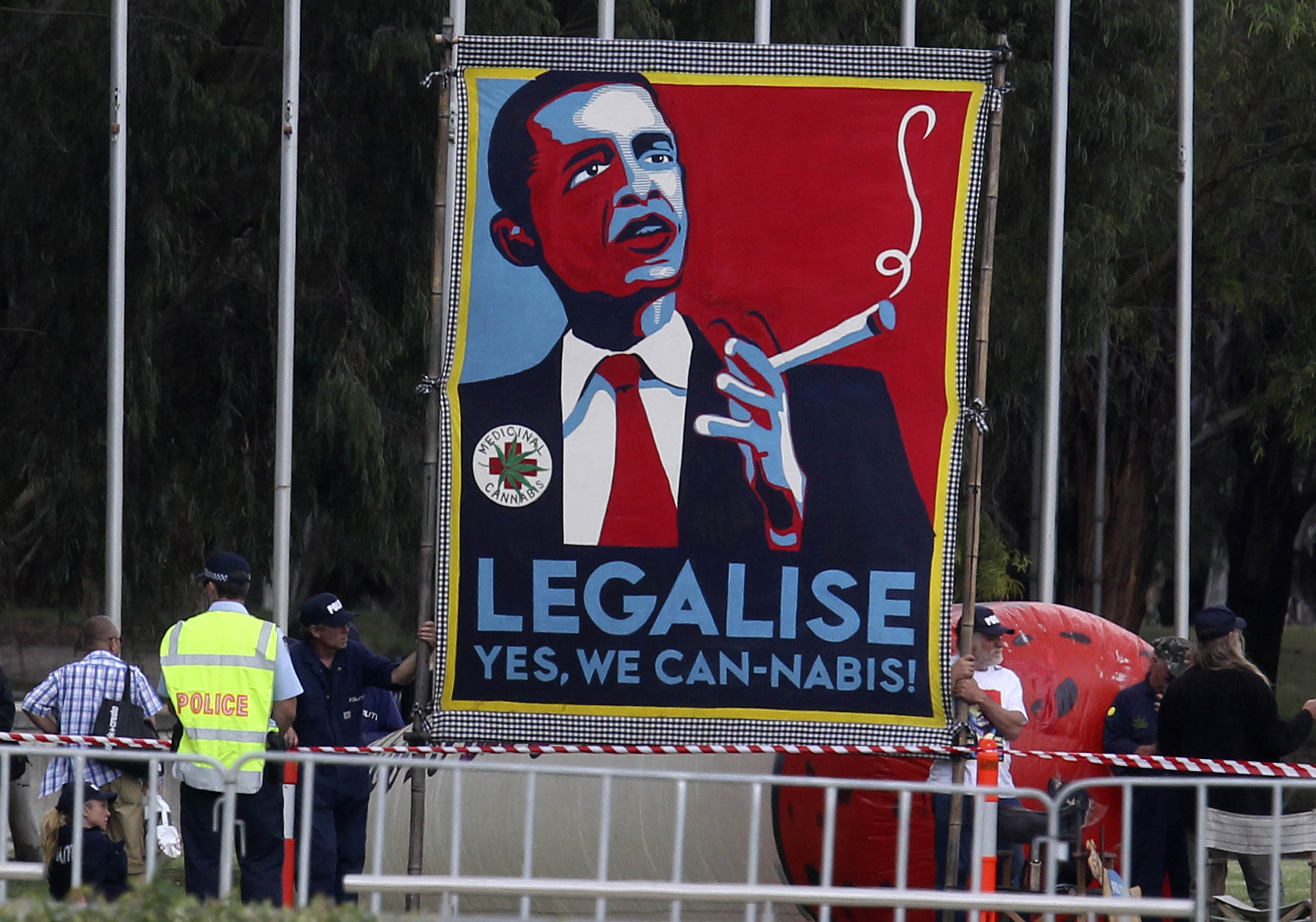 Barack Obama was open about his use of both marijuana and cocaine in his younger days, admitting to both in one of his books. When asked in 2006 whether he “inhaled” when smoking marijuana, Obama replied in the affirmative. “That was the point,” he said.

George W. Bush admitted to having drinking problems in his youth and avoided denying accusations that he used cocaine.

When running for president in 1999, Bush was the only Republican candidate who wouldn’t deny using cocaine.

In 1999, when asked by The Washington Post why he wouldn’t deny using cocaine, he dodged the question. “I’m not going to talk about what I did years ago,” Bush answered, adding: “I made mistakes. I’ve asked people to not let the rumors get in the way of the facts. I’ve told people I’ve learned from my mistakes – and I have. And I’m going to leave it at that.”

When asked in an interview about marijuana use, Bush hinted at using the drug but said he wouldn’t admit to using it. “You know why? ‘Cause I don’t want some little kid doing what I tried,” he said. “Do you want your little kid to say ‘Hey daddy, President Bush tried marijuana, I think I will’?” he added.

When running for president in 1992, Bill Clinton — then-governor of Arkansas — admitted to having smoked marijuana but claimed he only did so “a time or two” while studying as a Rhodes Scholar in England. Clinton famously claimed he “didn’t inhale” when smoking marijuana.

“When I was in England, I experimented with marijuana a time or two, and didn’t like it. I didn’t inhale, and I didn’t try it again,” Clinton said.

As for Trump, expect him to keep repeating his mantra: no drugs, no alcohol, no cigarettes.