Mary Kinney quietly retired last year as Ginnie Mae’s chief operating officer after officials there paid $900,000 to settle a subordinate’s racism complaint against her, then cashed in on her public service experience to land a position in a firm that uses minority status to win non-competitive government contracts.

Kinney — who is caucasian — also claimed the Department of Housing and Urban Development (HUD) picked her for its most prestigious employee award in 2015, after it found out about conduct it called “utterly humiliating” and “race denigrating” toward blacks and determined that “discriminatory malice permeated her mindset.”

But HUD says Kinney is lying about the award nomination.

A top executive of Ampcus told the Daily Caller News Foundation (TheDCNF) Investigative Group that the minority contracting firm that lists her as one of two advisory board members was put in the embarrassing position of having aligned itself with Kinney.

“Wow. Oh wow. We were not aware. Oh my. I cannot believe it. This is bad,” said Salil Sankaran, Ampcus president, as he read TheDCNF’s exclusive story Thursday.

[dcquiz] TheDCNF has now revealed that two of the top three mortgage officials in the country were forced out of their jobs for separate misconduct, and that both misrepresented themselves on their resumes and imposed a massive financial toll on taxpayers, without the agency informing the public.

Kinney’s bio on Ampcus’ website says she “was nominated by the Department of Housing and Urban Development (HUD) for the Distinguished Recognition Award – U.S. Federal Government, March 2015.”

That award is also known as the Presidential Rank Award and is the highest honor available to federal employees, coming with a cash award of up to $63,000.

But HUD spokesman Jereon Brown said “HUD nominated one person, Stan Gimont.” Gimont’s nomination is confirmed by the Office of Personnel Management. Kinney did not respond to TheDCNF’s request for comment.

A direct subordinate of Kinney authorized the $1 million settlement from taxpayers to a black employee that Kinney called “Buckwheat,” a minstrel-like character from the Little Rascals, in order to keep the woman from suing, which would have made Kinney’s conduct public. The employee filed a complaint about the incident in 2013, and by 2015 the agency substantiated it.

Despite the use of an unprecedented amount of taxpayer money, the settlement was supposed to remain secret, and HUD acknowledged it only under threat of litigation by TheDCNF.

Kinney retired immediately following the settlement. HUD had previously agreed to another settlement with a different black woman who filed a racism complaint against Kinney, but Kinney was allowed to remain in Ginnie Mae’s top job after that.

Ginnie Mae did not disclose their misconduct even as Kinney and Fender used their former high-profile government jobs to move into other lucrative opportunities. 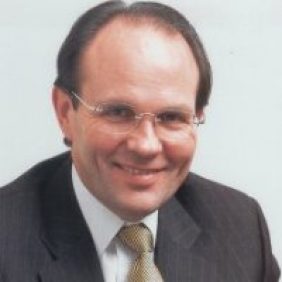 Ginnie Mae hired Fender as chief financial officer even though he had no relevant experience and lied about even being a certified public accountant. Instead, he was a serial con artist who had operated a string of scams in Asia, and immediately plunged the mortgage agency’s financial books into such disarray that they were unauditable. His previous boss told HUD Fender was a liar when they called for a reference check, but he was hired anyway.

Inspectors soon found that “due to deficiencies in Ginnie Mae’s control environment, accounting practices used, and financial systems deployed,” there were “$6.6 billion in total assets that we were unable to audit.”

It quietly fired him after supervisors realized he was an imposter, and he somehow got a job as CFO of a state agency.

But when TheDCNF revealed the circumstances of his departure from HUD, the state agency immediately fired him and embarked on a complete audit of the books he’d been in charge of–something that could have been averted if HUD had aggressively held responsible employees who were engaged in extreme negligence.