Sinclair Broadcasting, the nation’s largest owner of TV stations, has been attacked in the press for allegedly helping President-elect Donald Trump win the election. Sinclair maintains this is not the case and internal emails back the company’s argument.

Politico reported in December that Trump’s son-in-law and adviser Jared Kushner told business executives that the Trump campaign struck a deal with Sinclair Broadcast Group to get better media coverage. Sinclair is a Maryland-based company that owns 173 stations in 81 cities.

Politico paraphrased Kushner as saying the Trump campaign gave Sinclair access to Trump, and in return Sinclair would broadcast Trump interviews across the nation. The Washington Post followed up on the Politico story with, “How the nation’s largest owner of TV stations helped Donald Trump’s campaign.”

Sinclair has adamantly denied the charges that they struck a deal with the Trump campaign for more favorable coverage. “Sinclair went above and beyond with interview offers to both campaigns. This was a fully-transparent project called ‘Beyond the Podium’ where candidates could speak directly and at length to viewers on key topics. The simple fact is that one candidate took advantage of this offer and the other did not,” Sinclair’s vice president of news Scott Livingston said in a letter to Washington Post editors.

The Sinclair executive told The Daily Caller that when Kushner implied the Trump campaign made a deal with Sinclair, he was referring to the offer the company offered to air interviews in their entirety across the country, and that there is nothing nefarious about this.

Emails provided to TheDC Monday show that while Hillary Clinton didn’t do an interview with a Sinclair station during the campaign, it wasn’t out of a lack of effort on Sinclair’s part. Livingston sent multiple emails to Clinton campaign staffers offering a “series of one-on-one interviews with Mrs. Clinton.” He told one Clinton campaign aide that he looks “forward to working with the Clinton campaign.” 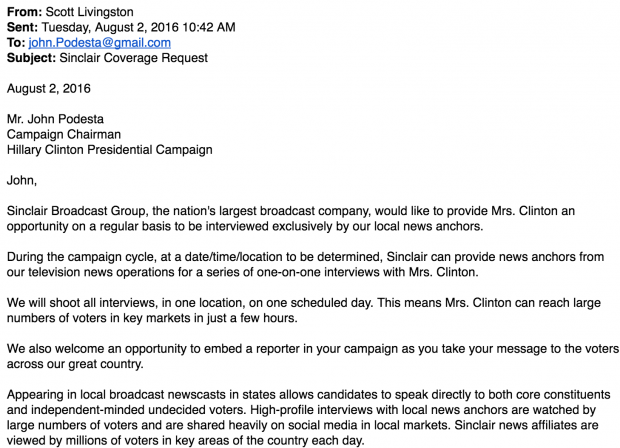 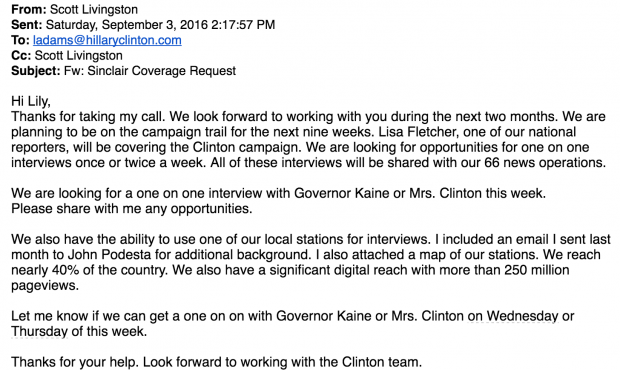 Besides their television stations, Sinclair also owns Circa, a millennial-oriented online news site that was launched in 2016. An email provided by Sinclair to TheDC shows a proposal to Clinton campaign chairman John Podesta to interview Hillary Clinton to coincide with the launch of Circa.

John Solomon, chief creative officer of Circa, told Podesta the interview would have no “scandals or news of the day” just questions about “policies that millennials care about.” Solomon also offered to have this email be cut up into TV news segments that he estimated could reach 43 million homes. 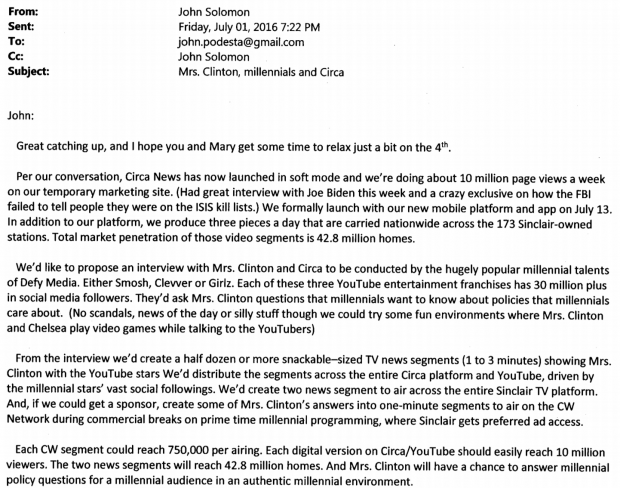 Sinclair has provided emails to TheDC, that they also shared with Farhi, which show that interviews of Democratic vice presidential candidate Tim Kaine and Vice President Joe Biden were also on a “must-run” basis. 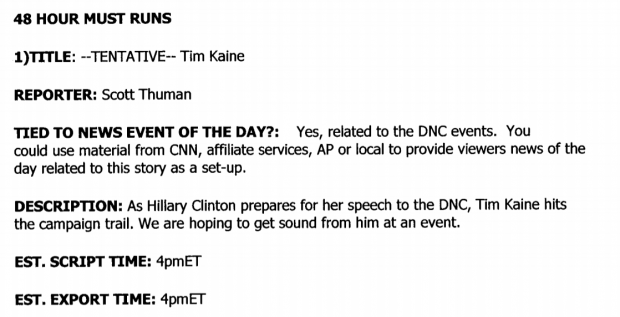 Farhi told TheDC, “Perhaps I should have included those in my story. It would have shown more clearly the disproportionate coverage given to Trump and his surrogates by Sinclair and its stations compared with the coverage of Clinton and her surrogates.”

Livingston described the Post story as containing “misinformation” in an interview with TheDC, and he added that the paper showed a “bias and reckless disregard for truth.” (RELATED: The Washington Post’s Incredibly Botched Story On ‘Russian’ Hacking)

1
Republican Senators Are Literally Playing With Kids’ Toys During The Impeachment Trial
Politics
2
German Authorities Find ‘Weapons Of War’ During Raid Near Radical Mosque
World
3
Dad Confronts Warren On Student Loan Forgiveness: 'Can I Have My Money Back?'
Politics
4
Martha MacCallum Grills Eric Swalwell On Senate Process: 'It's Not The President's Team's Responsibility To Prove Him Innocent'
Media
5
EXCLUSIVE: Columbia University Found Him Guilty. But He's Got Voice Recordings, And He's Not Afraid
The Mirror