Donald Trump said John Lewis is either wrong or lying. 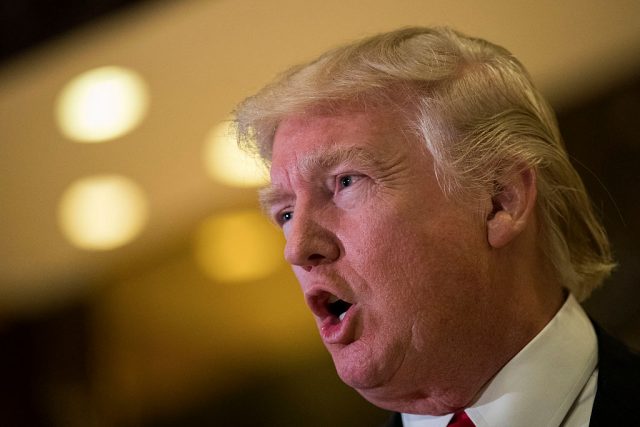 The Democratic congressman became embroiled in a feud with the president-elect after he told Chuck Todd that he was skipping the inauguration because he doesn’t think Trump is a “legitimate president.”

Though John Lewis said this would be the first inauguration he has ever missed, a Washington Post article from 2001 claims Lewis and several other members of the Black Caucus also boycotted George W. Bush’s inauguration because they didn’t see him as a legitimate president. (RELATED: Trump Strikes Back After House Dem Says He’s Not ‘A Legitimate President)

John Lewis said about my inauguration, “It will be the first one that I’ve missed.” WRONG (or lie)! He boycotted Bush 43 also because he…

“thought it would be hypocritical to attend Bush’s swearing-in….he doesn’t believe Bush is the true elected president.” Sound familiar! WP

The back-and-forth between Trump and Lewis began after Lewis said he did not see Trump as “a legitimate president.”

“I believe in forgiveness, I believe in trying to work with people, but it would be hard — it would be very difficult,” Lewis said Friday. “I don’t see the president-elect as a legitimate president.” (RELATED: Michelle Obama Praises John Lewis On Twitter In Middle Of Trump Feud)