Sen. John McCain said on “Fox & Friends” Tuesday that an unverified dossier he passed to the FBI containing alleged dirt on Donald Trump was “totally wrong,” and agreed that the President-elect “has a point” in regards to his recent critiques of the intelligence community.

Speaking to Brian Kilmeade, McCain defended his role in passing along the document, which was published last week by Buzzfeed and later discussed on-air by CNN.

“I received that information from a credible source and I thought the only thing for me to do would be to give to the FBI,” McCain said of the salacious dossier. “If I had on that information on done nothing I think it would be a breach of my oath of office.”

“The president-elect has a point,” McCain then said of Trump. “This information, this damning information which, by the way, was provided to me, and I made no judgment on it, but handed it over to the FBI. But the fact that this unvalidated, to say the least, document was leaked is somebody’s responsibility.” (RELATED: Trump Asks If CIA’s Brennan Was Leaker Of ‘Fake News’)

“So the president-elect does have a point here, I mean after all,” he added. “So, I think that that’s something that may be missing in this discussion.” 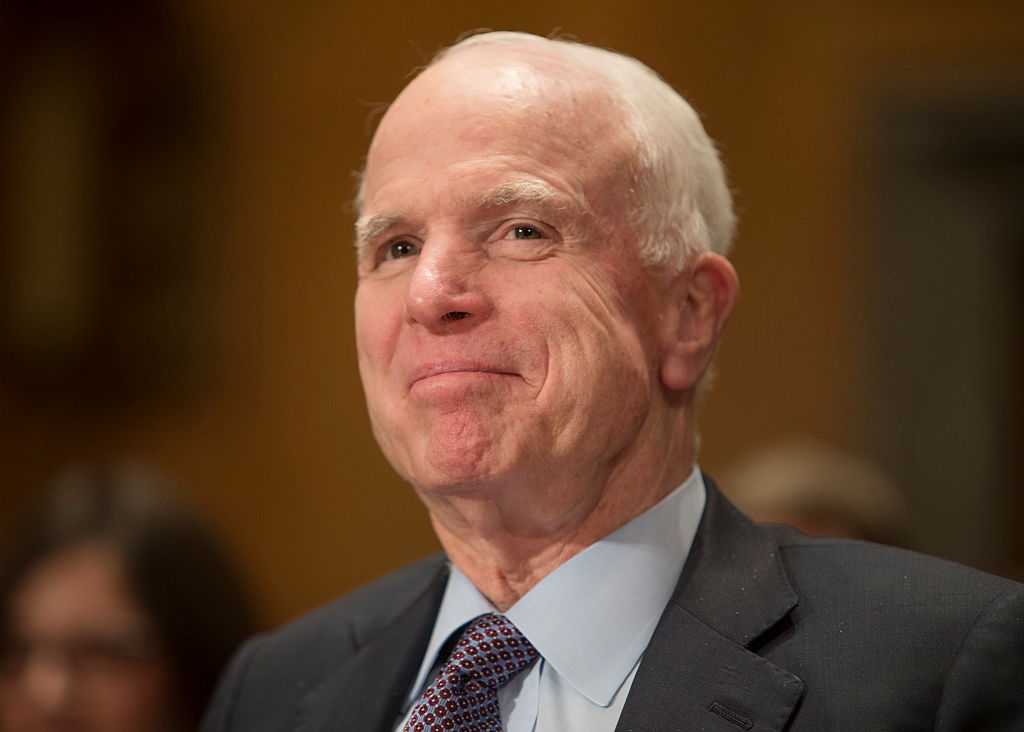 McCain, who has sparred with Trump at times since the president-elect launched his campaign, explained he questioned the validity of the document — which alleged Russia had compromising information on Trump — after he received it late last year while it was circulating in Washington.

“The very fact that it was leaked one is a commentary on this town, as you know, but second was totally wrong to have that out an un-validated document, which is damming out there among the American public without having any validation whatsoever,” McCain concluded. “So it’s harmful to the president of the United States.”

In a series of Tweets posted Monday, Trump questioned whether or not Brennan was behind the leak of the dossier. Trump’s Twitter remarks followed an appearance by Brennan on “Fox News Sunday,” in which the CIA head criticized the president-elect for questioning the intelligence community’s role in the controversy. (RELATED: CIA Director Slams Trump For Comparing Leaks To Nazi Germany)