Donald Trump said his administration will not move the press briefing room. 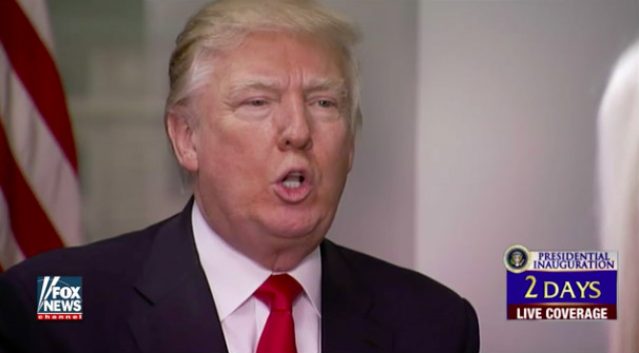 Reporters were alarmed after Esquire reported that the president-elect was floating the idea of moving the daily press briefing from the White House to a larger building in order to accommodate a growing list of requests, but Trump said that is no longer something he’s considering.

“The press went crazy, so I said, ‘Let’s not move it,'” Trump said during an interview with “Fox & Friends” Wednesday. “But some people in the press will not be able to get in. We have so many people that want to go in so we’ll have to just have to pick the people to go into the room — I’m sure other people will be thrilled about that.”

“They’ll be begging for a much larger room very soon,” he said. “You watch.”