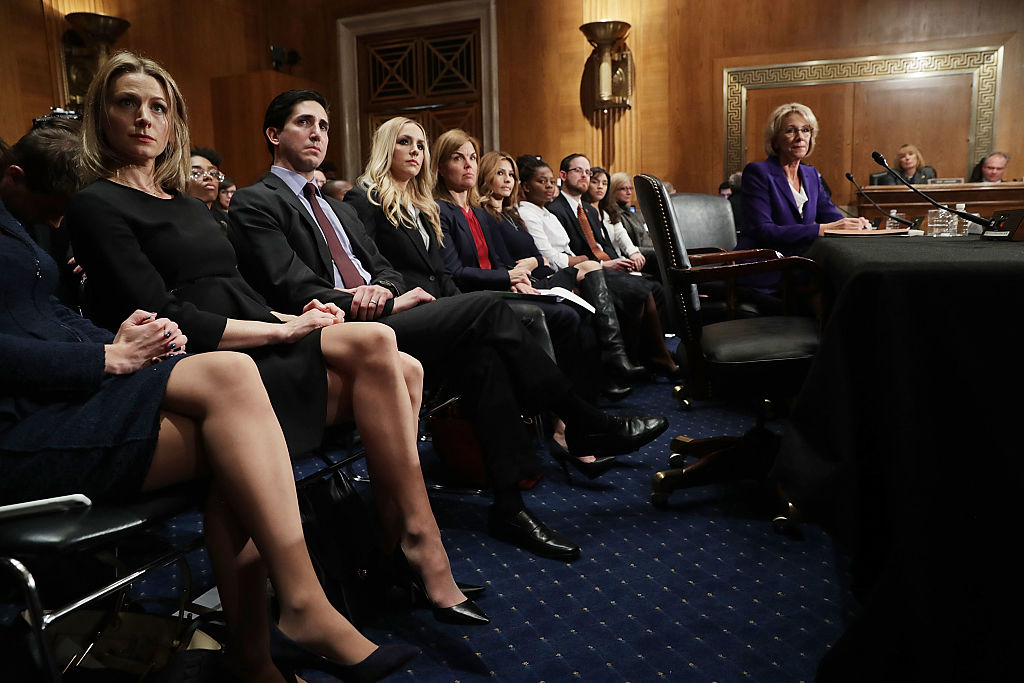 Prior to Collins’ heat check, Warren told Donald Trump’s secretary of education nominee that “swindlers and crooks are out there doing back flips” at the thought of DeVos’ confirmation.

She added that without committing “to use the tools that are already available to [her] in the Department of Education,” then she should not be confirmed before stating she was looking “forward to having a second round of questions.”

“I cannot help but think that if my friends on the other side of the aisle had used their time to ask questions rather than complaining about the lack of a second round,” Collins shot at Warren, “they each would have been able to get in a second question.”

“I now used 15 seconds of my time to make that point.”