Obama intended the initiatives to make America more inclusive and equal. The offices examined by The Daily Caller News Foundation’s Investigative Group include the Initiative on Asian Americans and Pacific Islanders (AAPI); the Office of Urban Development; and the Council on Women and Girls.

The initiatives’ claimed successes are mostly based on bureaucratic outputs like meetings held and tax dollars spent on grants rather than measured progress toward declared goals. It’s unclear how much has been spent on the three programs since 2009, since the White House doesn’t break out their expenditures separately.

The web site for the AAPI, for example says the initiative “works to improve the quality of life and opportunities for AAPIs by facilitating increased access to and participation in federal programs where AAPIs remain underserved.”

The AAPI has a 15-person staff, which includes a “designer-in-residence” and seven advisers of various description. Yet the initiative lists no metrics demonstrating if AAPIs have become more involved with federal programs. Instead, it lists successes like convening meetings “to discuss the potential for partnership and alignment,” a White House document shows.

The initiative also launched a program to bring more AAPIs into the Senior Executive Service (SES) – the highest rank of government managers –  but doesn’t include data on how many were brought into the service as a result. 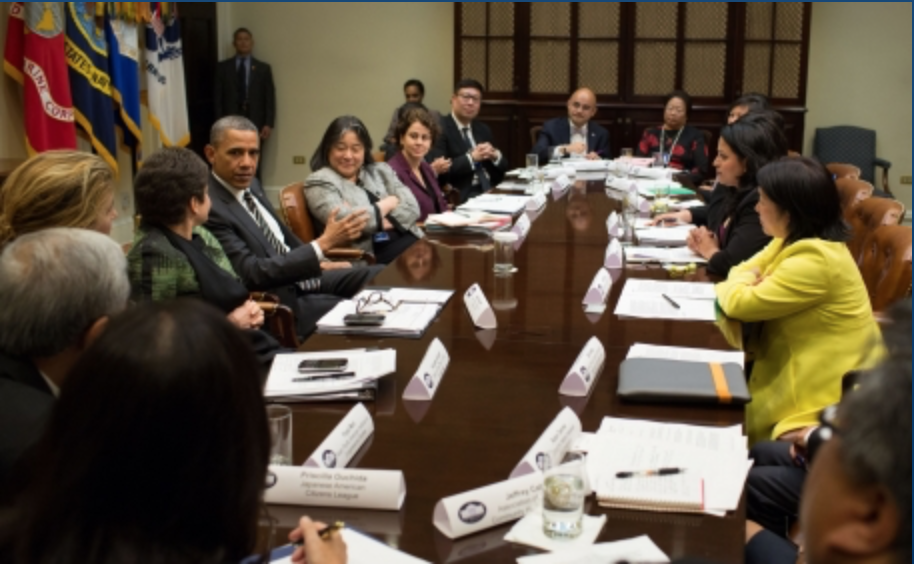 Other touted successes include data collection, partnerships, a youth program, forums, social media campaigns and promoting “healthy and culturally appropriate recipes.” None of the listed achievements include specific metrics showing how they advanced the AAPI community.

Obama created the Council on Women and Girls by executive order in March 2009 “to establish a coordinated federal response to issues that particularly impact the lives of women and girls.” The heads of all federal departments and agencies make up the council’s membership, while the chairman is Obama senior adviser Valerie Jarrett. 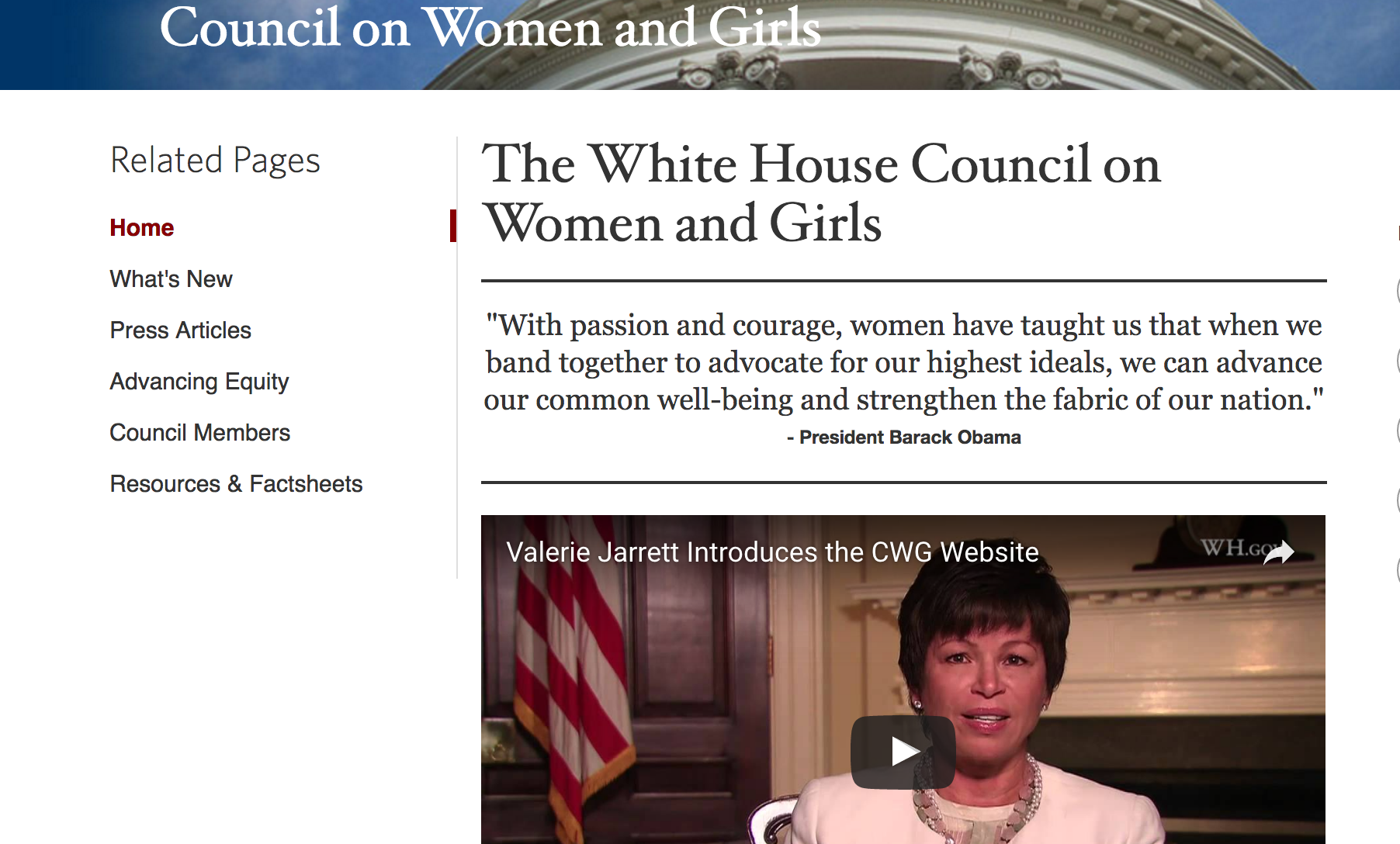 The White House Council On Women and Girls (Screenshot/White House)

As with the AAPI, most of the council’s accomplishments touted in a 2016 report consist of meetings and grants rather than results. The report mentions actions like hosting a White House summit on working families and investing $90 million in a Department of Labor grant program for employers who offer apprenticeships but without describing what that summit or grant achieved.

The report also describes how Obama expanded Head Start, the venerable Great Society program that provides early education, health care and nutrition for poor children — but fails to mention the program’s results. In fact, the Department of Health and Human Services in 2012 found any benefits children gained from that program flattened by the end of third grade.

The report also fails to distinguish how the council benefitted females specifically – the intended target – versus males.

Obama established the Office of Urban Affairs with a February 2009 executive order “to provide leadership for and coordinate the development of the policy agenda for urban America across executive departments and agencies.”

But the office failed to channel that broad vision into specific, tangible goals, and the White House eventually and quietly rolled it into its broader Domestic Policy Council. The office’s microsite discusses a few initiatives, like its Neighborhood Revitalization Initiative intended to transform “neighborhoods in distress” through education and improved building infrastructure, but doesn’t outline successes.

A 2013 Huffington Post story titled “Obama’s Urban Affairs Office Brings Hope But Not Much Change,” highlighted that, more than four years after Obama created the office, black poverty and income inequality remained a huge problem in urban areas, and cities like Chicago and New Orleans were struggling to pay their bills.

Obama “came into office with grand proposals for a new approach to urban policy,” which were scaled back over time, largely due to the climate in Congress, Patrick Sharkey, an associate professor of sociology at New York University who focuses on urban policy, told TheDCNF.

The American Recovery and Reinvestment Act infused urban communities with cash, but that was temporary, and there was “no large-scale shift in urban policy under Obama, which is what a lot of people were hoping for,” he said.