Donald Trump’s incoming press secretary Sean Spicer held a pre-inauguration press briefing in Washington, D.C. on Thursday. These are the five biggest takeaways from it. 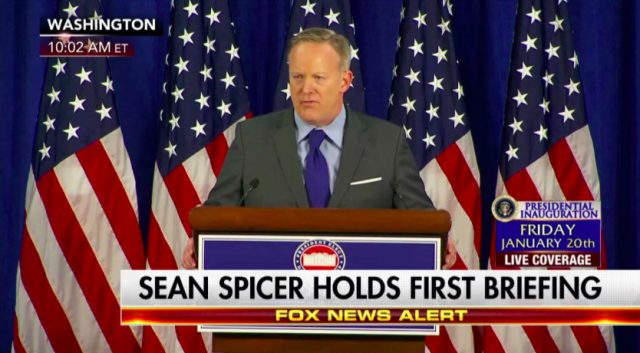 Trump will keep 50 Obama administration officials at the White House

Three of those 50 officials include big names like Special Presidential Envoy for the Global Coalition to Counter ISIL Brett McGurk, Deputy Defense Secretary Robert O. Work and Acting Under Secretary for Terrorism and Financial Intelligence at the United States Department of the Treasury Adam Szubin.

“For the time being,” Spicer said.

Spicer confirmed the “first couple of briefings” will be held in the briefing room that is currently being used.

Trump will visit the CIA shortly after he’s inaugurated

“Not just the CIA but other departments as well,” Spicer said. “He has been very clear. He respects the work and diligence of intelligence community.”

“We’re putting together an amazingly diverse cabinet,” he said. “He’s focused on hiring best and brightest. We’re going to have 5,000 positions to fill.”

“It speaks volumes Democratic leadership are not working with us,” Spicer said.

Watch the full press conference below.