Speaking to supporters at Union Station in Washington, DC Thursday evening, Donald Trump praised Kellyanne Conway for the role she played in his 2016 election victory. 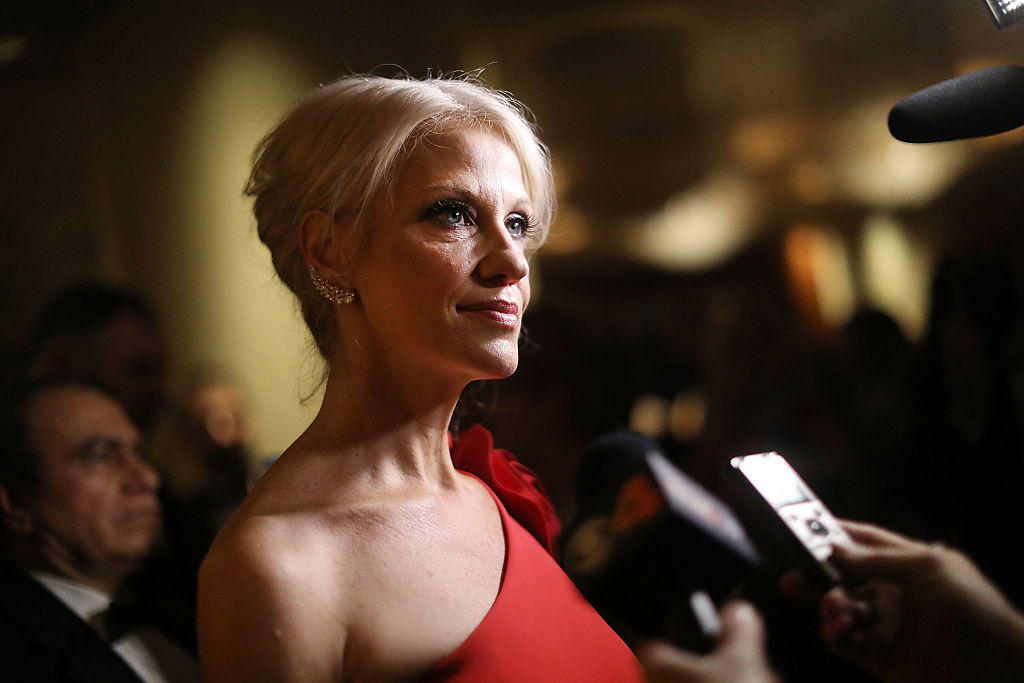 After spotting his top surrogate in the crowd, Trump pulled Conway on stage as the crowd cheered.

“She has been so great,” he told the crowd. “There is no den she will not go into.”

“When my men are petrified to go on a certain network, I say Kellyanne, would you do it?,” the president-elect continued. “Absolutely, no problem.”

“Then she gets on and just destroys them.”