Donald Trump urged congressional lawmakers to stand and applaud Hillary and Bill Clinton at his post-inauguration lunch on Friday. 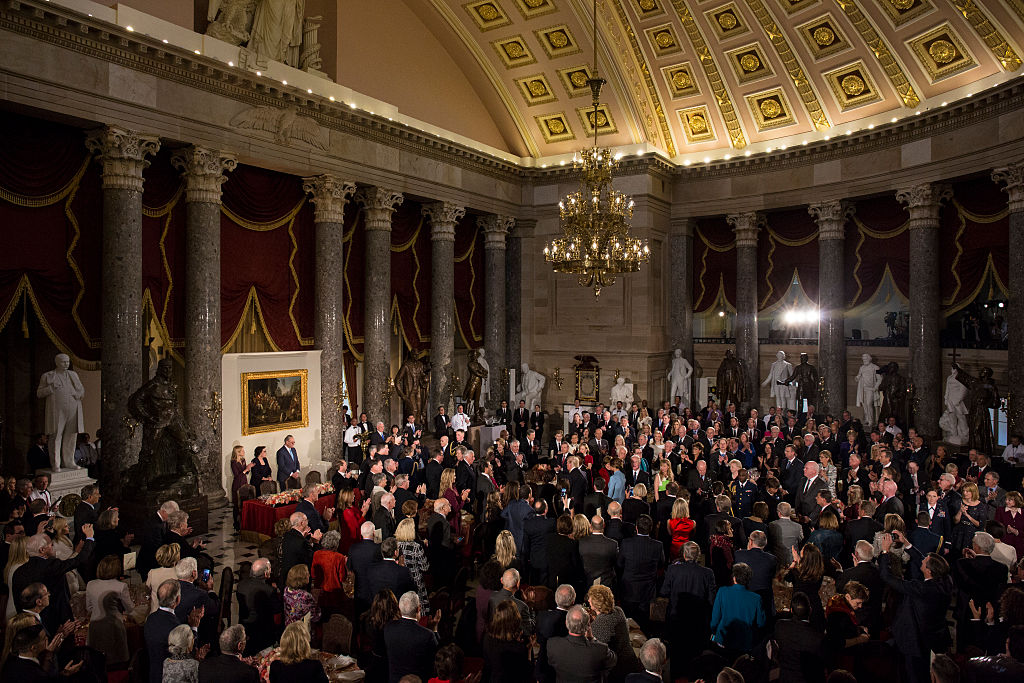 “I’ll tell you, there is something I wanted to say because I was very, very honored when I heard President Bill Clinton and Secretary Hillary Clinton were coming today,” Trump told the crowd inside the U.S. Capitol. “I think that it’s appropriate to say.”

“Honestly, there’s nothing more I can say because I have a lot of respect for those two people,” President Trump continued. “We’re all dealing together. We all want the same thing.”

“We’re all good people, and whether you’re a Republican or a Democrat, it doesn’t matter. We’re going to get along.”