President Donald Trump was sworn-in as the 45th president of the United States on Friday, and the ratings were higher than Barack Obama’s four years ago.

Nearly 31 million people tuned in to see Trump become president making it the fifth highest since Ronald Reagan’s first inauguration ceremony and higher than Obama’s second inauguration in 2013, according to Reuters. (RELATED:The Numbers Are In From Last Night’s Debate Between Donald Trump And Hillary Clinton) 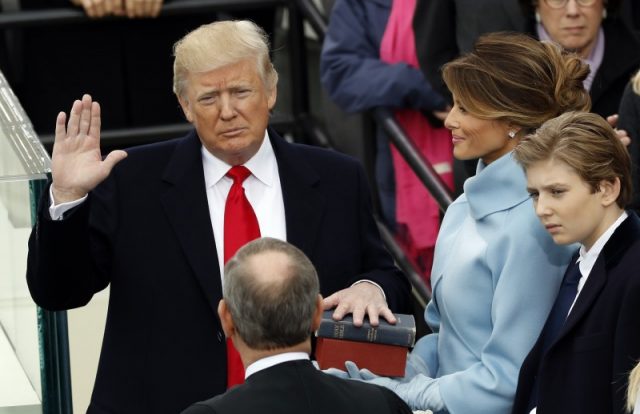 Donald Trump takes the oath of office with his wife Melania and son Barron at his side. (photo: REUTERS/Kevin Lamarque)

The total number of viewers for Trump was 30.6 million people which is larger than former Presidents George W. Bush, George H.W. Bush and Bill Clinton’s ceremonies. (RELATED: Donald Trump Just Addressed The Nation For The First Time As President. Here’s What He Said.)

Wow, television ratings just out: 31 million people watched the Inauguration, 11 million more than the very good ratings from 4 years ago!