Chelsea Handler refuses to interview Melania Trump because she “can barely speak English.” 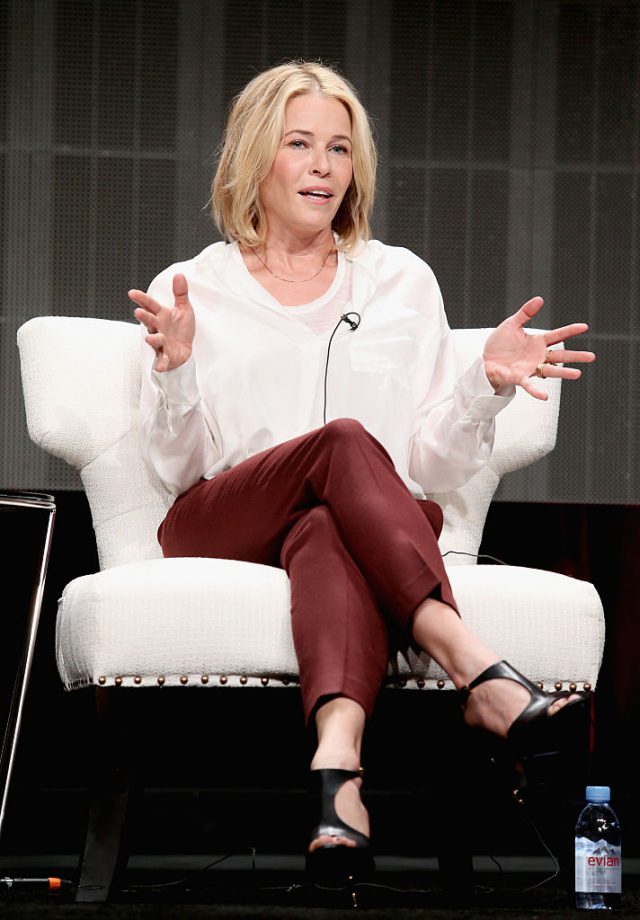 The comedian — who was wearing a pink hat that said “I Stand with Planned Parenthood” — gave a firm no when she was asked if she would hypothetically ever have the first lady on her Netflix series.

“No,” Handler said during an interview with Variety. “Melania? To talk about what? She can barely speak English.”

When Handler was asked what she thinks of Melania, she said, “Exactly what I think about him [Donald Trump] as the first man. Nothing. I don’t respect either one of those people.”

Handler said if Trump was present during the interview right then she would tell him to “fuck off.”

After Hillary Clinton lost the election, Handler was in tears and said she “really, really wanted to move to Spain.”

“Obviously the result is not what I was hoping for,” Handler said. “Like a lot of people in this country I’m sad, I’m disappointed and I’m confused, but if Hillary can make it through a concession speech then I can make it through a stupid television show.” (RELATED: Chelsea Handler Breaks Down In Tears While Speaking About Hillary’s Loss)

1
15 People Died In The Protests And Riots Following George Floyd's Death. Here's Who They Are
US
2
Police Respond To Call About A Shooting, Arrive To Find 7 People Dead Inside Burning House
US
3
'This Is A Sham': Tucker Blasts Health Care Professionals Who Signed Letter Exempting George Floyd Protests From Coronavirus Restrictions
Media
4
Are States Going To Prosecute Their Rioters? It Depends
US
5
Protester Appears To Threaten To Burn Down NYC's Diamond District On Live TV
Media