A group of more than 100 airline pilots are demonstrating Tuesday outside of the White House in hopes of grabbing the attention of President Donald Trump. They want Trump to block former President Barack Obama’s 11th-hour labor move that the pilots say threatens tens of thousands of American jobs.

Southwest Airlines and NetJets pilots are expressing their opposition to a Dec. 2 decision by the Obama administration, through the Department of Transportation, that allows Norwegian airlines to service in the U.S. The pilots contend that the decision threatens American jobs and undermines a culture that promotes safety-first. 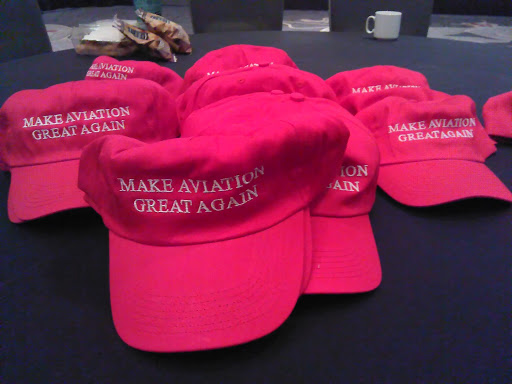 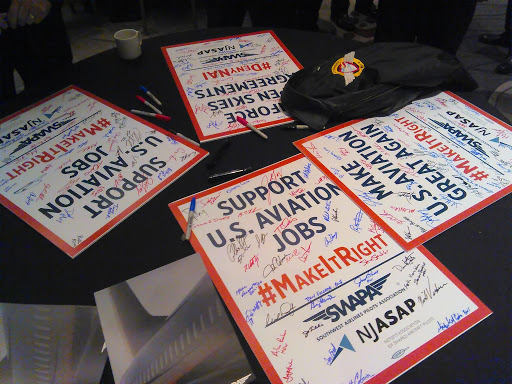 Pilots descend on Washington, D.C. to appeal to President Trump to block an agreement with Norwegian Air: Ted Goodman/TheDCNF

International aviation regulations have traditionally required aircraft to be registered (“flagged”) in the home country of its owners and regulators. Several new airlines are currently attempting to evade the national flag-based system in favor of a “flag of convenience” based model.

The flag-of-convenience model allows airlines to set up subsidiaries outside of their home countries in an attempt to increase profit, a practice used by Norwegian Air. Norwegian Air’s desire to operate in the United States faced objections from airline carriers and unions, who asserted that it undercut labor costs, safety regulations and domestic-airline ticket prices, by operating in Ireland.

The Air Lines Pilots Association asserts that the Obama administration is directly undermining the Open Skies agreements that state unrestricted flights among countries are not intended to “undermine labor standards.”

“We have succeeded by competing, but you must have rules that are complied with by all parties,” Southwest Airlines Pilot’s Association representative Chip Hancock told The Daily Caller News Foundation.

Hancock is hopeful that if he can bring this issue in front of the President, that it would be a “no-brainer.” 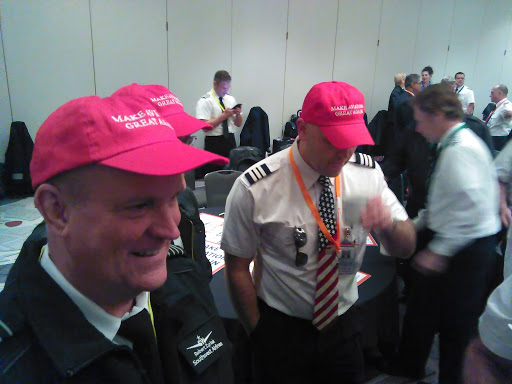 Pilots descend on Washington, D.C. to appeal to President Trump to block an agreement with Norwegian Air: Ted Goodman/TheDCNF

“I think, if we can get this to him, he will understand,” Hancock said. “President Obama approved this foreign carrier permit [With Norway] on a Friday afternoon, at the end of a legislative session, knowing that Congress couldn’t step in,” he explained.

“This is something that Trump has already been enacting on, and its an opportunity to save tens of thousands of American jobs.” Capt. Coley George, industry affairs chairman of NetJets Association of Shared Aircraft Pilots, told TheDCNF.

“This is a real opportunity for Republicans to make some in roads with labor,” Hancock added. The two pilots brought up the fact that Trump has already met with numerous business groups, labor groups, and officially withdrew from the Trans-Pacific partnership.

The pilots trickled into the J.W. Marriott near the White House Tuesday morning, where they were given the option to sport the iconic, “Make America Great Again” red hat. President Trump can intervene and block the agreement before Jan. 29.

“After this first full work day, we are encouraged that he is going to protect american jobs and stop bad trade deals,” George added. “This is the perfect opportunity for the President to score another big victory.”