President Donald Trump and Hillary Clinton can find common ground when it comes to furnishing the White House.

One of the first actions the Trump administration took following the inauguration was to take down the red drapes that hung behind former President Barack Obama in the Oval Office and replace them with the gold drapes that Clinton selected for her husband, former president Bill Clinton, when he took office in 1993, TMZ reported on Tuesday. (RELATED: Trump Declares The Day He Became President A ‘National Day Of Patriotic Devotion’) 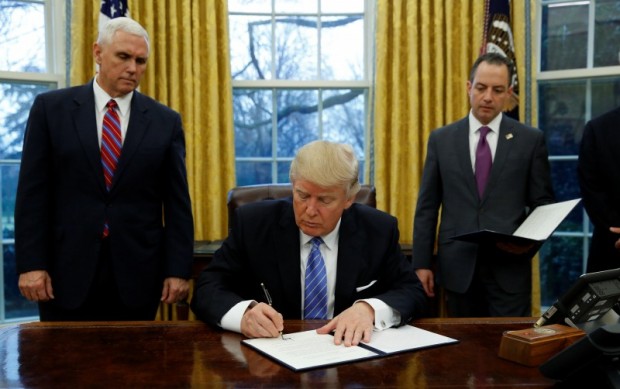 When Clinton selected the curtains it was reportedly because she thought the gold fabric made the Oval Office “more dynamic and show more energy.” (RELATED: Trump’s Inauguration Numbers Higher Than Obama’s Four Years Ago)

The gold curtains lasted all throughout Clinton’s presidency only to be retired when former President George W. Bush went with a deeper, more brown than gold color for his drapes. Obama went with crimson red drapes during his tenure.