Donald Trump met with the CEOs of the three biggest automakers — Ford, GM and Fiat Chrysler — at the White House on Tuesday to discuss his election promise that he would bring back jobs to the United States. 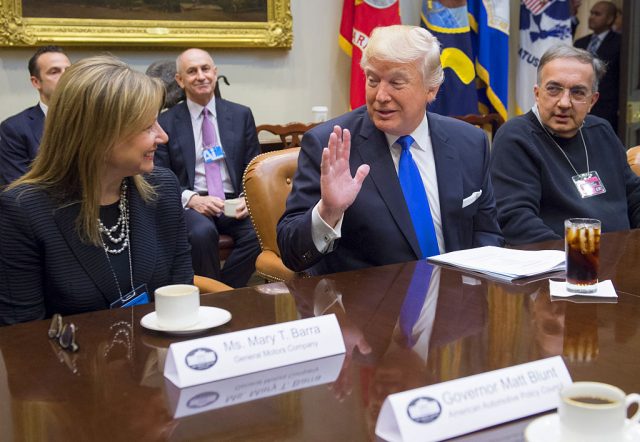 In a brief on-camera interaction, the president said he’s focused on long-term jobs.

“We’re going to make the process much more simple for the auto companies, and for everybody else that wants to do business in the United States. I think you’ll find this to be — from very inhospitable — to extremely hospitable. I think we’ll go down as one of the most friendly countries. Right now it’s not.”

“I have friends who want to build in the United States. They go many, many years and they can’t get their environmental permit over something that nobody ever heard of before, and it’s crazy. I am, to a large extent, an environmentalist. I believe in it, but it’s out of control. And we’re going to make it a short process and we’re going to either give you your permits or not, but you’ll know quickly and generally speaking we’ll be giving you the permits.”

“We’ll be very friendly. It’s an honor to be with you today.” 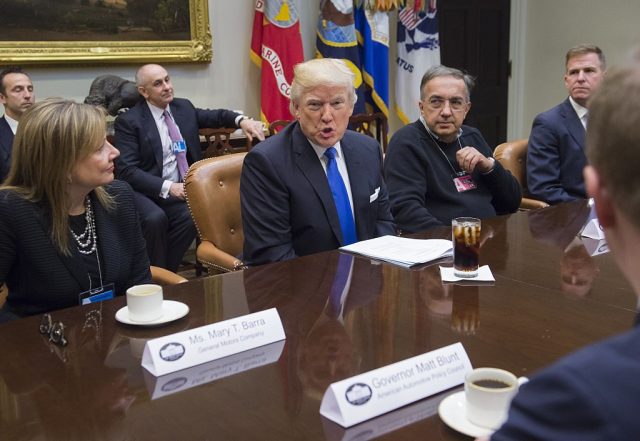