Ford and General Motors CEOs Mark Fields and Mary Barra met with Donald Trump Tuesday morning to discuss ways to bring manufacturing jobs back to the United States, and they spoke to reporters shortly after leaving the Oval Office. 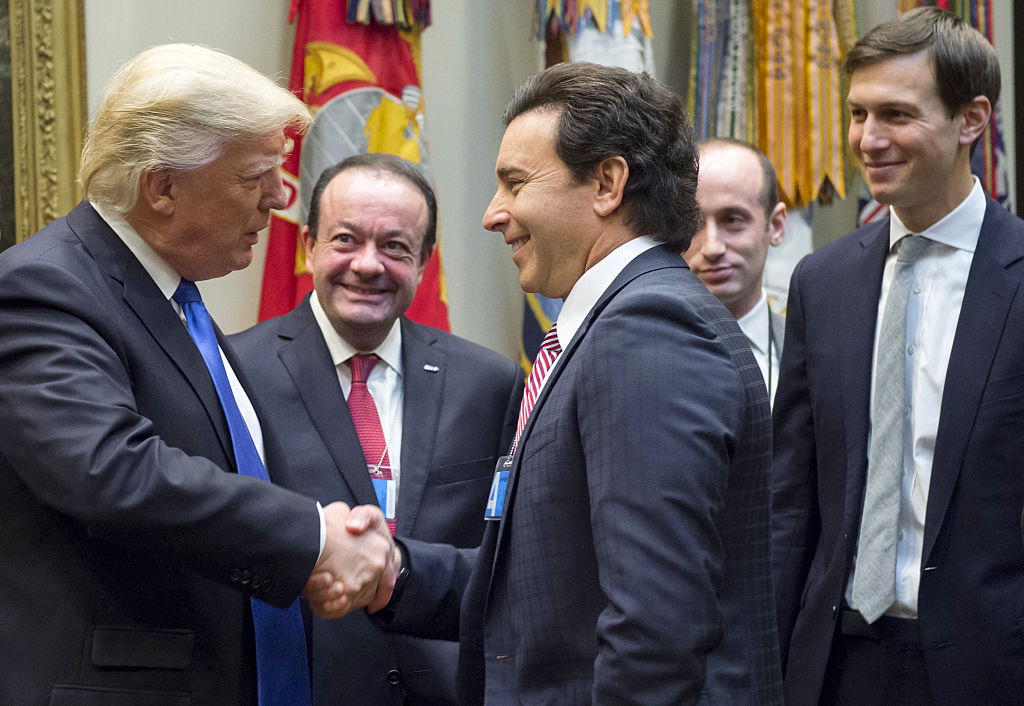 “As an automotive industry, we employ many people across Americas in good paying jobs, from people who work in our factories, to manufacturers who support our plants with parts, the wonderful dealerships that are located in every community across America who help sell and service our vehicles,” Fields stated. “We are very encouraged by the president and the economic policies that he is forwarding.”

Fields pointed to “the president’s decision to withdraw from the TPP.”

“We’ve been very vocal, both as an industry and as a company, and we have repeatedly said that the mother of all trade barriers is currency manipulation, and TPP failed to meaningfully deal with that, and we appreciate the president’s courage to walk away from a bad trade deal.”

“I think as an industry, we’re excited about working together with the president and his administration, on tax policies and trade to really create a renaissance in American manufacturing,” he added. 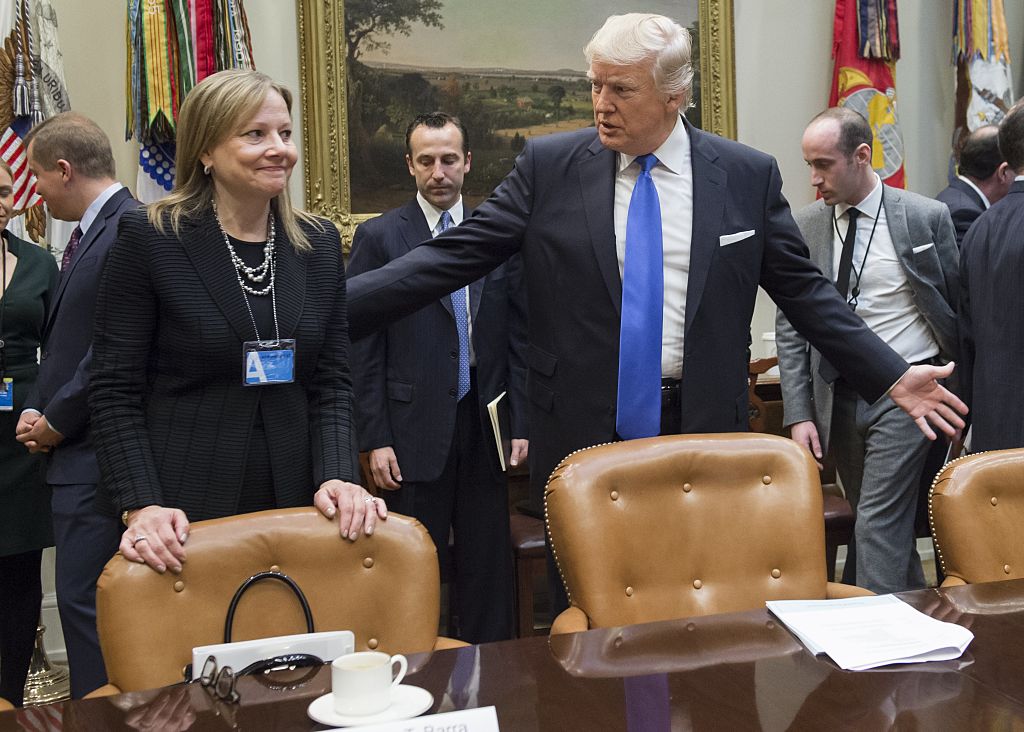 Barra explained that “there’s a huge opportunity working together as an industry with government that we can do and improve the environment, improve safety and improve the jobs creation and the competitiveness of manufacturing.”

“We’re looking forward to all the elements that Mark talked about to be able to do that.”

Fiat Chrysler CEO Sergio Marchionne was also present at the meeting but did not speak to the press.