A decade after three Duke lacrosse players were wrongfully accused of rape, and two years after Rolling Stone published an article about a completely bogus gang rape on campus, America’s universities remain gripped by a politicized campus rape panic that threatens America’s commitment to civil liberties and fundamental due-process rights.

In a just-published new book, “The Campus Rape Frenzy: The Attack on Due Process at America’s Universities,” KC Johnson and Stuart Taylor Jr. expose the dangerous and widespread assault by on due process rights currently engulfing America’s universities.

The Daily Caller has obtained an exclusive excerpt from the book:

Even implausible Title IX complaints, in the hands of Education Department’s Office for Civil Rights (OCR), trigger investigations that consume universities’ financial and human resources for years. “[N]o matter what [colleges and universities] try to do, or what facts they present, OCR is going to come out with a findings letter that says they violated the law,” observed Robb Jones, senior vice president at United Educators, an insurance and risk-management firm, in a 2015 interview with The Chronicle of Higher Education. Terry Hartle, senior vice president at the American Council on Education, echoed the analysis; in a 2016 interview with The Washington Post, he called OCR “a Court of Star Chamber, with arbitrary rulings, no rights for those under investigation and a secret process.” And the office wants to intensify its efforts; in 2015, OCR head Catherine Lhamon demanded that Congress fund the hiring 500 more OCR investigators.

For a university interested in finding the truth, fairly handling a sexual assault complaint while facing an OCR investigation is extremely difficult. For a university with scant interest in fairness, OCR’s pressure can make an unfair process even worse. It was the misfortune of Ohio State University medical student Tom Hall (a pseudonym) that his university was in the middle of a four-year OCR compliance review when a fellow student accused him of rape.

Hall, who was working toward degrees in medicine and business, received a phone call in July 2014 from Mary Hopkins (a pseudonym), a fellow medical school student with whom he had been flirting for a few weeks. She invited him to join her and some friends at a local bar. He did so. The two later had sex in his apartment. They went on a couple of dates after that, but they did not sleep together again.

Ten months later, OSU asked Hopkins, who was already on academic probation due to failing grades, to leave the medical program. Two days after that, Hopkins told the university’s Title IX coordinator that Hall had sexually assaulted and possibly drugged her. She claimed to remember no details of the alleged assault. She had never reported the incident to police or, it appears, to anyone else before learning that she was about to be expelled. But she used the rape accusation to avoid expulsion. Citing Title IX and OCR guidance, and backed by the university’s Title IX office, Hopkins successfully demanded an “academic accommodation”: permission to remain at the medical school.

OSU turned over Hopkins’ complaint to an investigator named Jeff Majarian. His perfunctory probe consisted of interviews with Hopkins and Hall and a handful of people they suggested. He declined to do a follow-up interview with Hopkins to confront her with new information gathered during his investigation. He also refused to ask the bar where the two had met that evening for its videotape, which might have provided valuable evidence as to Hopkins’ level of intoxication.

Most troublingly, neither OSU’s Title IX officials nor the accuser ever told the investigator about the suspicious timing of the accuser’s rape complaint: just in time to avoid being expelled. In other words, Hopkins had a very powerful motive to lie. But this exculpatory evidence did not make it into Majarian’s report, which found “reasonable cause” to proceed to a hearing. Nor did the disciplinary panel learn of the close timing between Hopkins’ academic difficulties and her decision to file a complaint against Hall.

Despite OSU’s denying him critical evidence about his accuser’s possible motive to lie, at the hearing Hall tried to prove his innocence by showing that Hopkins had not been severely intoxicated when they had sex. He testified that neither of them had any alcoholic drinks after he arrived at the bar. He also obtained an expert report from an OSU professor of pharmacology expressing his “opinion to a reasonable degree of scientific certainty that based upon [Hopkins’] calculated bloodalcohol concentrations and the supporting eyewitness observations,” she had “not [been] substantially impaired by alcohol at the time of the events in question.” But the panel chair, Matthew Page, held that accused students were barred from presenting expert testimony, citing an ambiguously worded university rule. Under another rule, this decision could not be appealed.

To ensure a speedy resolution of the case, in July 2015, OSU even paid accuser Hopkins $500 to fly back to Columbus to testify against Hall. The accused, denied the opportunity to present the very strong evidence of his innocence, could only hope that the panelists would believe his testimony.

But they had been “trained” by OSU to adopt a “victim centered approach”; that questioning how much alcohol the accuser had ingested “becomes a vehicle for blaming the victim”; that sex offenders “are overwhelmingly white males” (Hall is white); that “sex offenders are experts in rationalizing their behavior”; and that as many as 57 percent of college men “report perpetrating a form of sexually aggressive behavior.” The training material also told panelists to find Hall guilty if the evidence tipped against him by “50% and a feather,” even if there was no “damning evidence.” The panelists did as they were encouraged and returned a guilty finding. The school then expelled the almost certainly innocent Hall, who was just four months shy of earning his medical degree.

Hall filed a federal lawsuit. After three OSU officials refused to give a simple “yes” when asked under oath whether they had been obliged to get the decision correct, Senior U.S. District Judge James Graham, of Columbus, allowed the lawsuit to proceed. “The right to some form of cross-examination in university expulsion hearings is a clearly established due process right . . . in a case that turns on ‘a choice between believing an accuser and an accused,'” Graham wrote. “It is plausible that [Hall’s] right to cross examine was effectively denied by the Administrators’ failure to turn over critical impeachment evidence,” the judge continued, especially if “the Administrators knew that [Hopkins] lied about the timing of her accommodation at the hearing and permitted her testimony to stand unrebutted.”

The OSU administrators appeared to have a different conception of due process. Sexual Violence Support Coordinator Natalie Spiert was especially blunt. When asked by Hall’s lawyer whether her admitted duty to “support students at Ohio State” included “an obligation to make sure that the hearing panel gets it right,” her answer was “no.” When asked whether she had an obligation to correct a false statement at the hearing, she replied, “I do not know.” When investigator Majarian was asked whether the Title IX coordinator’s job was to ensure that the process was fair, he, too, said, “I don’t know.”

Meanwhile, OSU resolved matters with OCR by agreeing to more than 100 demands ranging from new reporting requirements to undertaking “campus climate” surveys to increasing the powers of the Title IX coordinator. In an interview with Rolling Stone reporter Sabrina Rubin Erdely, OCR’s Catherine Lhamon pronounced herself “thrilled” with a “terrific agreement” that represented a “significant step forward to correct Title IX compliance.”

THE CAMPUS RAPE FRENZY: The Attack on Due Process at America’s Universities 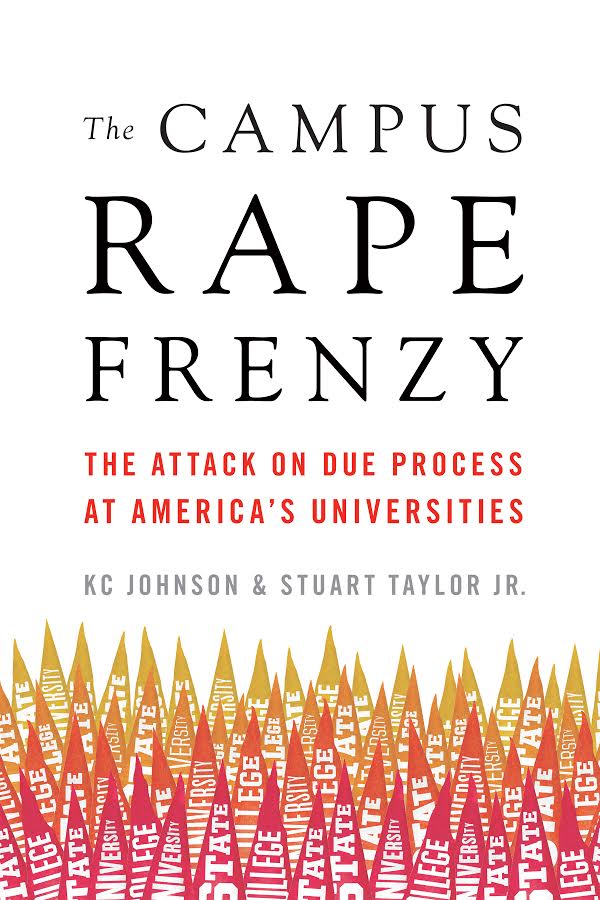