Near the segment’s conclusion, Morones, a self-proclaimed “proud American, but an even prouder Mexican,” told the Fox News host that the United States’ own drug use and past interventions in foreign countries are responsible for driving many illegal immigrants to come to America.

“The U.S. policy is what drives a lot of these people out,” Morones argued. “The intervention in Central America, the demand by the drugs of the American public, the intervention in the Middle East by President Bush. Those things cause people to leave. There’s a consequence to those actions.”

“So you’re saying because the American government behaves in the immoral ways you just listed and because it’s citizens take drugs that it has no right to control its borders?” Carlson responded. ‘That appears to be what you are saying.” 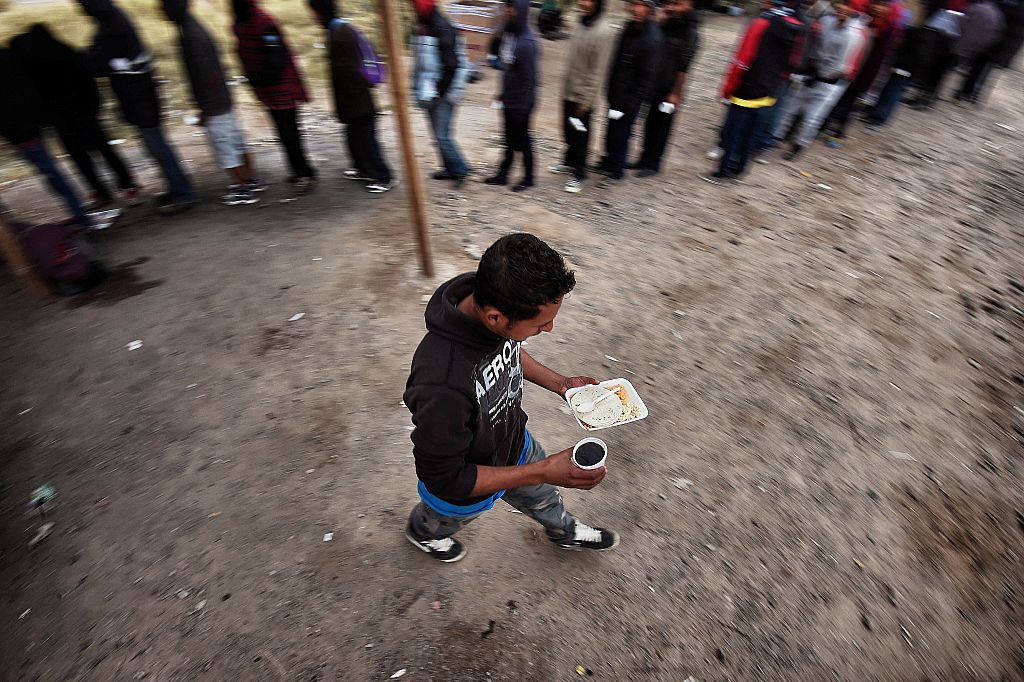 TOPSHOT – Migrants eat food donated by people from the Community Center for Migrant Assistance in the community of Caborca in Sonora state, Mexico, on January 13, 2017.
Hundreds of Central American and Mexican migrants attempt to cross the US border daily. / AFP / ALFREDO ESTRELLA (Photo credit should read ALFREDO ESTRELLA/AFP/Getty Images) 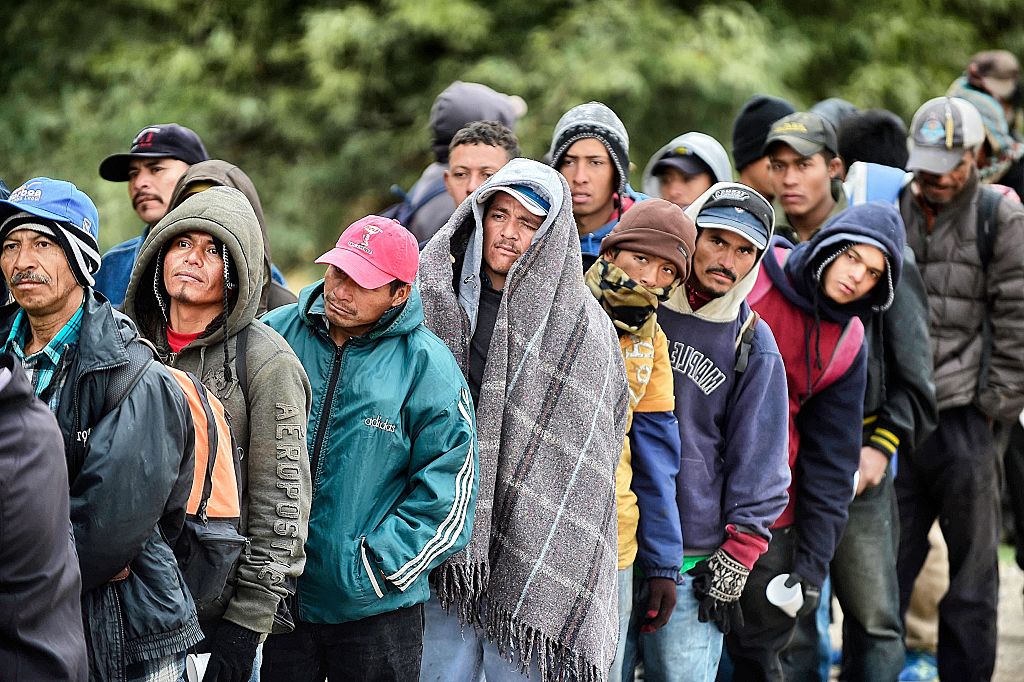 “No I’m saying that it has a great deal to do with people are leaving these countries,” Moronoes answered. “You brought me on to talk about Trump’s immoral policies.”

The Border Angels Director finally conceded that “yes,” both the United States and Mexico have the right to secure their borders.