WASHINGTON — Sean Spicer said President Trump will “look into” his campaign promise to ban Muslim immigration and enact extreme vetting once more of his Cabinet nominees are confirmed. 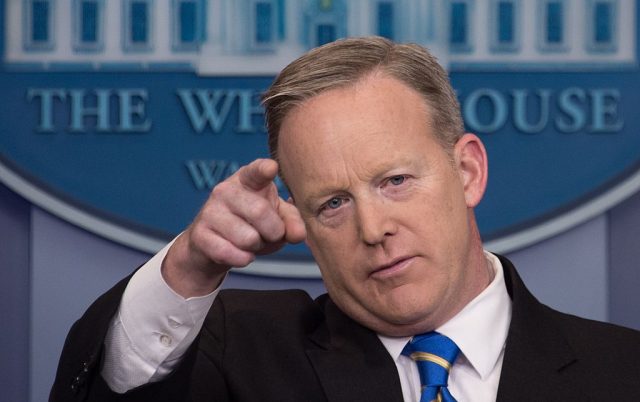 The Daily Caller asked the White House press secretary Tuesday when the president will take action on his campaign pledge.

Spicer used that answer to complain that he believes Senate Democrats are purposefully delaying the confirmations of Trump’s Cabinet nominees, something he has brought up multiple times. (RELATED: Sean Spicer Accuses Democrats Of Delaying Cabinet Nominations)

“I think that’s going to be one of the things that he looks at when Rex Tillerson gets confirmed and some of the other departments like Homeland Security, and trying to put together a place that enacts the extreme vetting,” Spicer said during the daily briefing at the White House.

“What I think is the interesting thing about the question you’re asking is that we are sitting here today with two confirmed — or three, with Mike Pompeo last night — we are sitting here asking when the president’s agenda is moving forward at a time when Senate Democrats are holding up a massive amount of his Cabinet.”

“There’s no question about it,” he said. “Chuck Schumer put out a statement saying they had an issue with eight or nine of them, so that leaves 12, 13 that they didn’t have a problem with — that were consensus candidates. While I think every one of the people that the president has nominated is unbelievably qualified, even the Democrats admitted that 12 or 13 were consensus candidates and that they wouldn’t oppose them.” 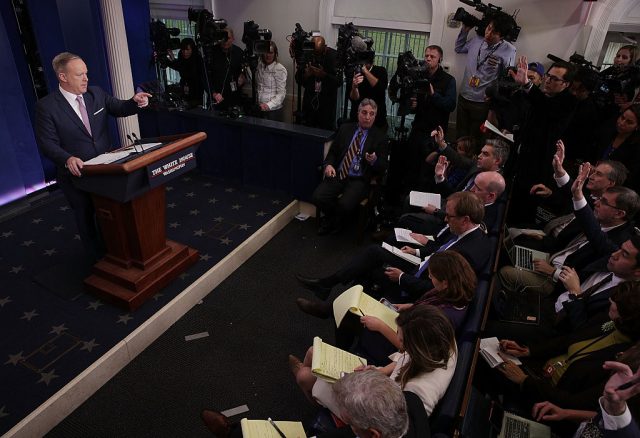 Spicer’s message for those Democrats? “Let’s get it done.”

“Our country’s economy and safety is at stake,” he said. “Every minute that we stall is a minute that Democrats need to answer for.”

At the beginning of the briefing, Spicer reminded the room that President Obama had 12 of his nominees confirmed by the end of his first week in office, “so the Senate has some catching up to do.”

“I hope they do their job.”