Other search terms that showed up were “bigot” and “fascist,” according to the New York Daily News.

It is not exactly clear why obscene or critical terms like “asshat” or “racist” lead to recommendations for Trump’s twitter profile. But it’s probably because many mentions of Trump on the social media platform include such explicit words and Twitter’s search algorithm is calculating that those words are connected to his account. (RELATED: Twitter Doesn’t Rule Out Banning Trump If He Gets Too Unruly)

When searching for “tiny hands,” for example, Trump’s account is the first suggestion, despite having nothing within his Twitter bio or profile name including the words “tiny” or “hands.” The account “Tiny Hands Jewelry” and “dj tiny hands,” of course, include those terms. 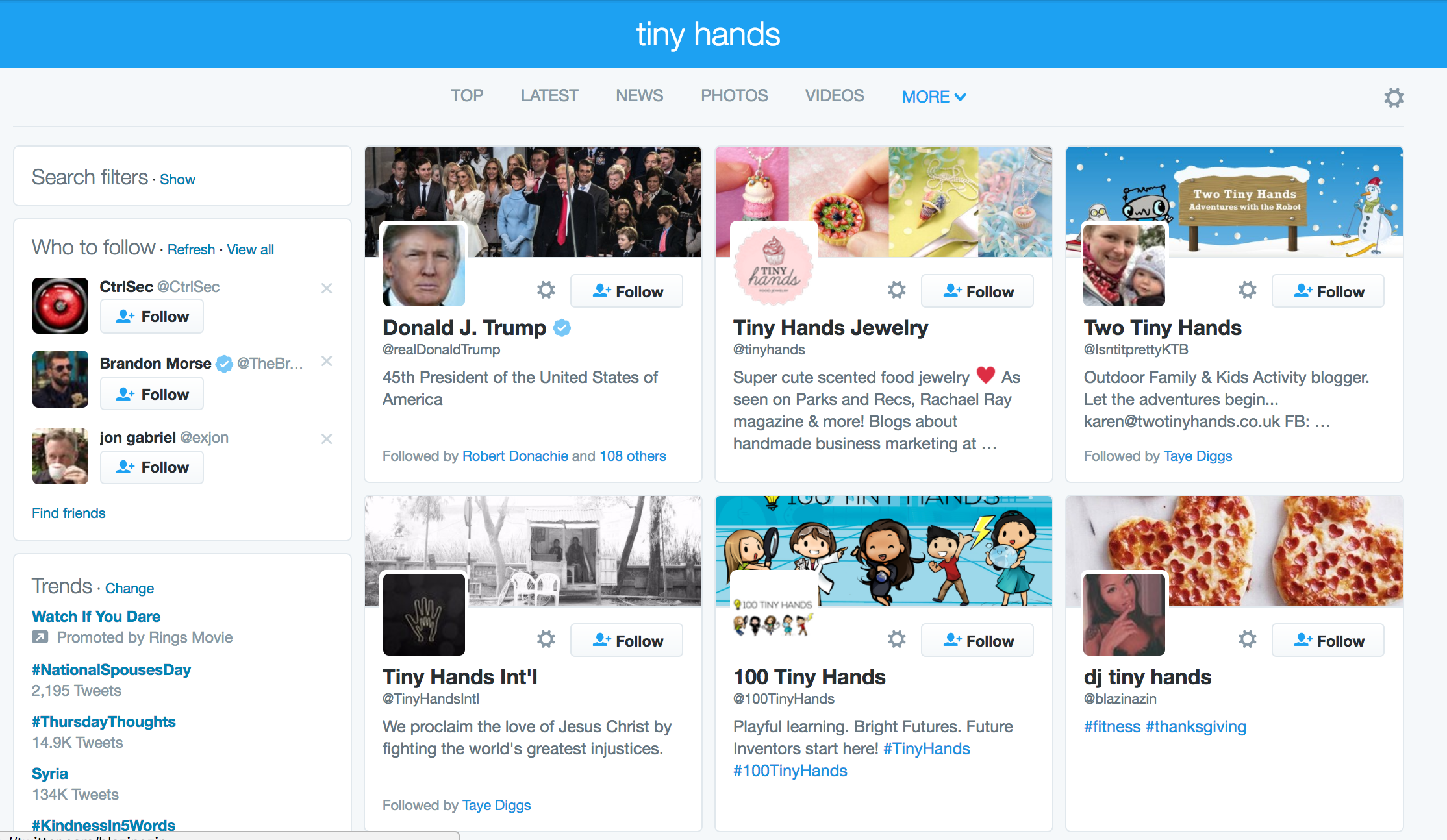 When searching “asshole” the top recommended accounts included Trump and Asa Akira, according to Tech Crunch. The suggestion for Akira makes sense since she is a pornographic movie star with a Twitter bio that says she has an “award-winning asshole.”

As of Thursday morning, “tiny hands” is the only search query that maintains the recommendation of Trumps’ social media profile. (RELATED: Twitter CEO Apologizes After Forcing 560,000 People To Follow Trump)

The Twitter algorithm doesn’t appear to be partisan since former Secretary of State Hillary Clinton’s account was suggested when searching for the term “corrupt.”

To fellow journalists tweeting about this Twitter search thing, it does cut both ways: pic.twitter.com/mzMB5wnGGt

Twitter did not respond to The Daily Caller News Foundation’s inquiries at the time this article was written.