President Trump said the media treats him so unfairly that “it’s hard to believe that I won.” 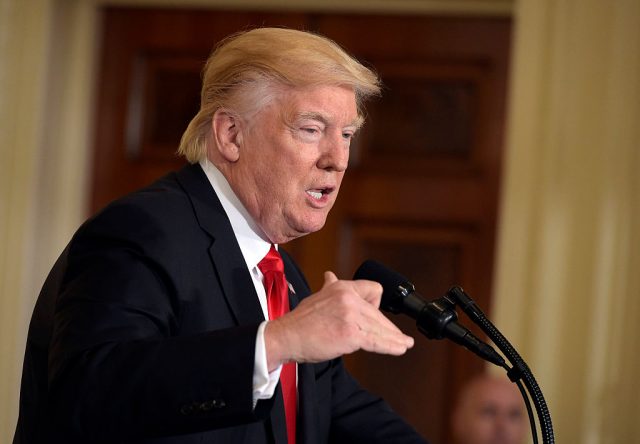 “But the fortunate thing about me is I have a big voice,” Trump said during an interview Friday. “I have a voice that people understand. And you see it now.”

After the president’s chief strategist Stephen Bannon lashed out at the media — “they should be embarrassed and humiliated and keep its mouth shut and just listen for a while” — Trump echoed his sentiments in an interview this week.

“I think the media is the opposition party in many ways,” Trump told the Christian Broadcasting Network. (RELATED: Sean Spicer Gets Praised By The Left And The Right After First Official Press Briefing)

“I’m not talking about everybody, but a big portion of the media, the dishonesty, total deceit and deception. It makes them certainly partially the opposition party, absolutely. I say they treat me so unfairly it’s hard to believe that I won.”

1
Antifa Group To March Alongside Pro-Gun Protesters In Virginia
US
2
Herman Cain Reacts To Project Veritas Video: Bernie Sanders Is A 'Communist,' His Supporters Are 'Planning Violence'
Media
3
Conor McGregor Knocks Out Opponent In UFC Comeback. The Video Is Mind-Blowing
Editorial
4
Michael Moore Arrested With Joaquin Phoenix
Comedy
5
FBI Interview Notes With Page And Papadopoulos Are Released
US