President Trump shut down a reporter who questioned his “brash personality” during a press conference with British Prime Minister Theresa May on Friday. 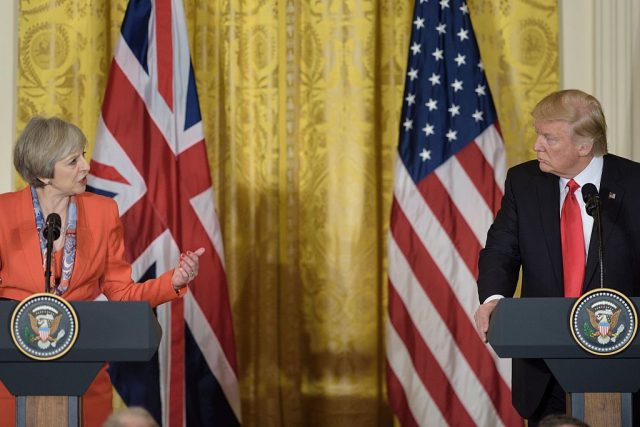 During Trump’s first press conference with a foreign leader, a British reporter — Tom Newton Dunn from the Sun — asked Trump how he, “a brash TV extrovert,” could find anything in common with May.

Pres. Trump responds to reporter: "Actually, I'm not as brash as you might think… I am a people person" https://t.co/VGh5qghxJc

“I’m not as brash as you might think,” Trump responded. “I’m a people person and I think you are too, Theresa. I think were going to have a fantastic relationship.”

When the reporter asked about Trump’s “changing position,” Trump said he predicted that Brexit would happen.

“It will be a tremendous asset, not a burden.”