The Internet is going crazy because they think Donald Trump edited his hands to make them appear larger in a photo that is hanging up in the White House. 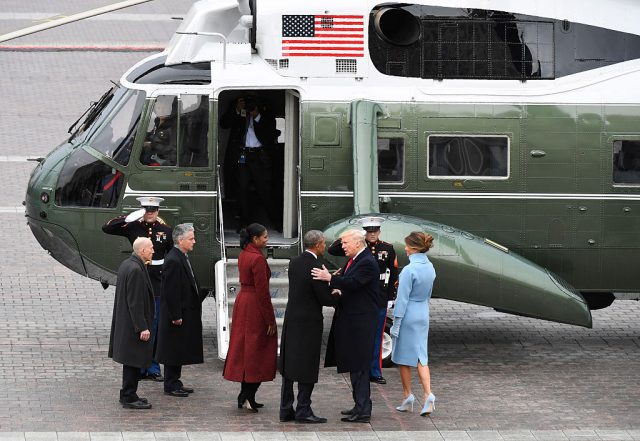 In the shot, Trump puts his left arm on his predecessor’s shoulder as he bids goodbye to him and Michelle Obama on the day of the inauguration. 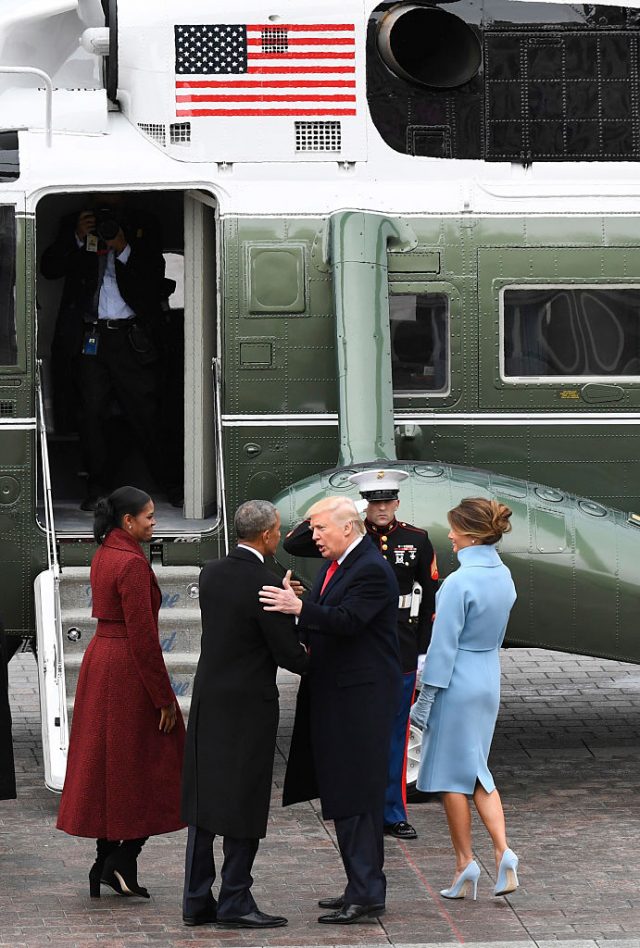 Dana Schwartz, a reporter for the New York Observer, tweeted Friday that Trump “100% photoshopped his hand bigger for this picture hanging in the white house, which is the most embarassing thing I’ve ever seen.”

Trump 100% photoshopped his hand bigger for this picture hanging in the white house, which is the most embarassing thing I’ve ever seen pic.twitter.com/MGTbFfdLqp

Photoshopped hands for his White House print… And we have the original source… https://t.co/VlgruAdHfz

I lined up the Getty Images source file to the White House print. It’s a warp deformer, look at the helicopter behind it. pic.twitter.com/kJB2T8U5yh

We are now beyond satire. Trump is photoshopping his hands to be bigger. https://t.co/xnDkWSpkl3

Is Donald Trump Or The White House Photoshopping His Small Hands To Make Them Look Bigger?https://t.co/jopAk1l7N0

It kills me that Trump is having his hands photoshopped to comically large sizes in his White House photos.

so maybe trump’s hands weren’t photoshopped, but in my alternative facts universe they definitely were

True or not, the fact that Donald Trump having his hands photoshopped is even a remote possibility is a sign of how INSANE things are now

People Think Donald Trump Had His Hands Photoshopped To Look Bigger In This Picture https://t.co/cWBMmrHy7l pic.twitter.com/mMM78N0B1R

destiny retweeting a tweet that’s saying trump/white house photoshopped his hands to make them look bigger as he shook hands with obama.

1
Trump Snaps At Jim Acosta’s One-Liner On 'Truth' In India — 'You Ought To Be Ashamed Of Yourself'
Politics
2
Bernie Sanders Is Proving Nancy Pelosi Wrong
Analysis
3
Joe Biden Tells Crowd He’s ‘A Candidate For The United States Senate’
Politics
4
At First Press Conference In Months, Trump Tears Into Schiff For Trying To Steal 2020 Nomination From Bernie Sanders -- Full Statement
Politics
5
Shaq Drops F-Bomb Live On CNN At Kobe Memorial
Editorial