White House press secretary Sean Spicer tweeted a thank you to the pro-life protesters taking part in the March for Life on Friday. 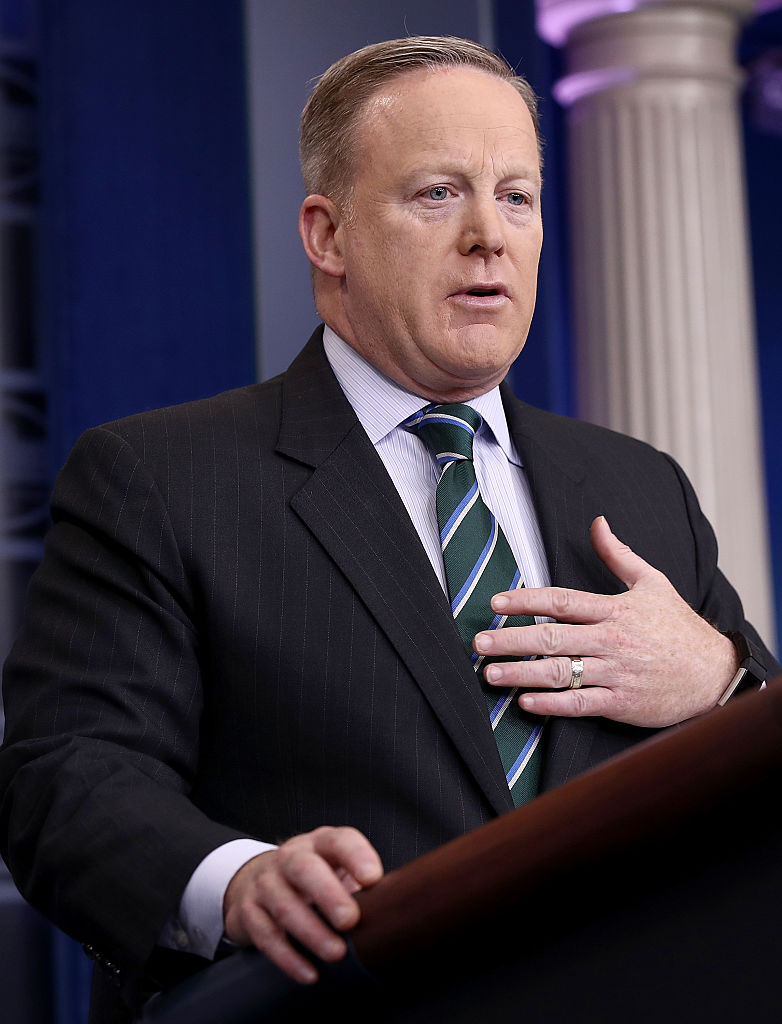 “Thanks to everyone who came to DC today for March for Life and show [sic] their support for life and Adoption,” Spicer wrote.

Despite the innocuousness of his statement, Spicer received an outpouring of hate.

@seanspicer Here’s a guess. There will be 10% the number of people who came out for the women’s march and Trump will claim more showed.

@seanspicer @GOP will die fighting to save a embryo but will let a child die fighting for their life by taking away their healthcare. #ACA

.@Michael_Quinn @seanspicer what? “You’re so good and relaxed.” Did you give him a beej before he went out or what?

.@seanspicer What about that support for women forced to have babies they can’t afford? Huh?

@maclover232 @seanspicer Even in cases of rape and incest? Seriously?

@seanspicer – I looked through your timeline and didn’t see a message thanking the hundreds of thousands who showed their support for women?

@tmploch @seanspicer This march is small and pathetic by comparison. Sad.

@seanspicer I’m sorry sir.Since when a govmt official start openly supporting a demonstration? Where is your professionalism?code of ethics?

@walnuttunlaw @seanspicer this guy is a joke. He has no integrity and only wants to watch himself on tv at night. #alcoholic

@seanspicer How many adopted children do you have? Trump? How many abortions has Trump paid for? He never answered that question.

@seanspicer ok,have you & everyone who marched gone thru the DCFS classes to foster & adopt or are all talk about really caring about kids?

@seanspicer 100,000+ children are waiting for adoption. Why are you trying to control women’s bodies and lead to MORE in the system??

@seanspicer We know @potus has 5 children by 3 women. Any aborted and or adopted that we don’t know about.

@seanspicer They’ll be screaming about repealing #ObamaCare and wanting to throw women/families off welfare. How #ProLife!

@seanspicer March=Support when it is Republicans, a RIOT when it is Democrats. Republicans owned by ChristianLobbyists! pic.twitter.com/2w0IWvV894

@seanspicer you’re a press secretary. Report news and activity. Not your goddamn opinion.

@seanspicer sure you’re trying to do the right thing but, keep ur resume updated and don’t unpack your boxes. ur boss is irrational & angry

@seanspicer You forgot this one: Thanks to everyone who came to DC last week for #WomensMarch to support #womensrights