The majority of the world’s Muslims are not affected by President Donald Trump’s executive order Friday barring citizens of Iran, Iraq, Libya, Somalia, Sudan, Syria and Yemen from entering the United States.

While all seven countries targeted by the ban are predominantly Muslim, they contain just a small fraction of the world’s Muslims, who make up majority populations of 42 other countries, according to 2010 Pew Research data.

The three countries with the most Muslims, Indonesia, India and Pakistan, together account for a third of the world’s Muslims. None of the three are included in the visa ban. In fact, only one of the countries affected by the ban, Iran, has more than two percent of the global Muslim population. Iran, where “Death to America and Israel” chants are common, contains just 4.6 percent of the world’s Muslims. 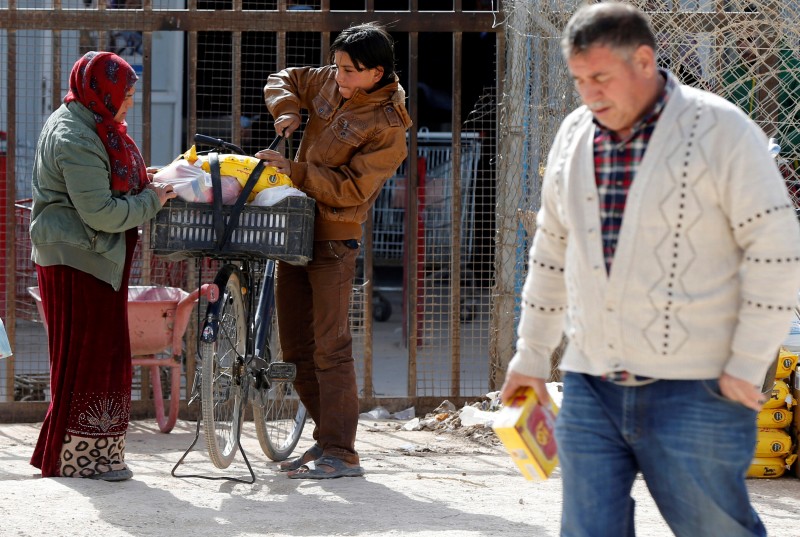 Syrian refugees leave after shopping for humanitarian aid using the iris scan service launched by the World Food Program at Tazweed centre in the Al-Zaatari refugee camp, in Mafraq, Jordan, near the border with Syria, November 23, 2016. REUTERS/Muhammad Hamed

“The United States cannot, and should not, admit those who would place violent ideologies over American law,” the executive order states. “In addition, the United States should not admit those who engage in acts of bigotry or hatred (including “honor” killings, other forms of violence against women, or the persecution of those who practice religions different from their own) or those who would oppress Americans of any race, gender or sexual orientation.”

Trump called for a ban on all Muslims from entering the United States following the terrorist attack in San Bernardino. He later walked back the proposal to focusing on specific areas linked with terrorism.

The Washington Post and The New York Daily News both ran stories characterizing Trump’s actions as a “Muslim ban.” Democratic Senator from California Kamela Harris similarly claimed on Twitter that Trump had issued a “Muslim ban.”

Make no mistake — President Trump’s executive orders is a Muslim ban, and it’ll most affect women and children displaced by violence.

National security officials dismissed the idea that Trump’s actions amount to a “Muslim ban,” calling the notion “ludicrous,” according to Reuters.