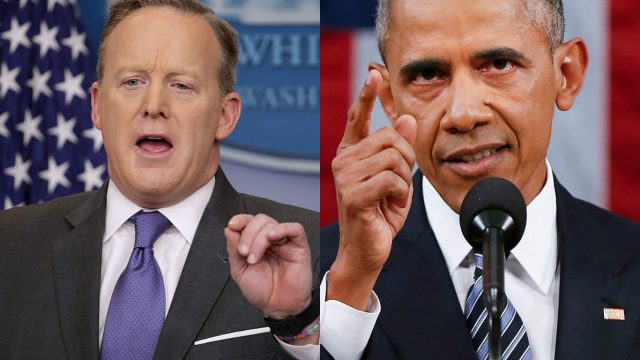 “President Obama is heartened by the level of engagement taking place in communities around the country,” Obama spokesman Kevin Lewis said in a statement. “In his final official speech as President, he spoke about the important role of citizen and how all Americans have a responsibility to be the guardians of our democracy — not just during an election but every day.”

“Citizens exercising their Constitutional right to assemble, organize and have their voices heard by their elected officials is exactly what we expect to see when American values are at stake.”

Though Obama has only been out of office for 10 days, he pledged to speak up only if he felt that “core values” were being violated.

“As an American citizen who cares deeply about our country, if there are issues that have less to do with the specifics of some legislative proposal or battle, but go to core questions about our values and our ideals, and if I think that it’s necessary or helpful for me to defend those ideals, then I’ll examine it when it comes,” Obama said at the time.