John Kasich, who lost big in the 2016 Republican primary, seems to be gearing up for another go. The Ohio governor is coming out with a book in April that, judging by the description, is intended to lay out how he would be a better president than Donald Trump. The book is called “Two Paths: America Divided or United.” It will be released on April 25, and it is already available for pre-order.

Kasich famously refused to endorse Trump in November. In doing so, he broke his pledge as a Republican candidate to support the eventual nominee. He ultimately ended up voting for John McCain, who hasn’t been running for president since 2008. 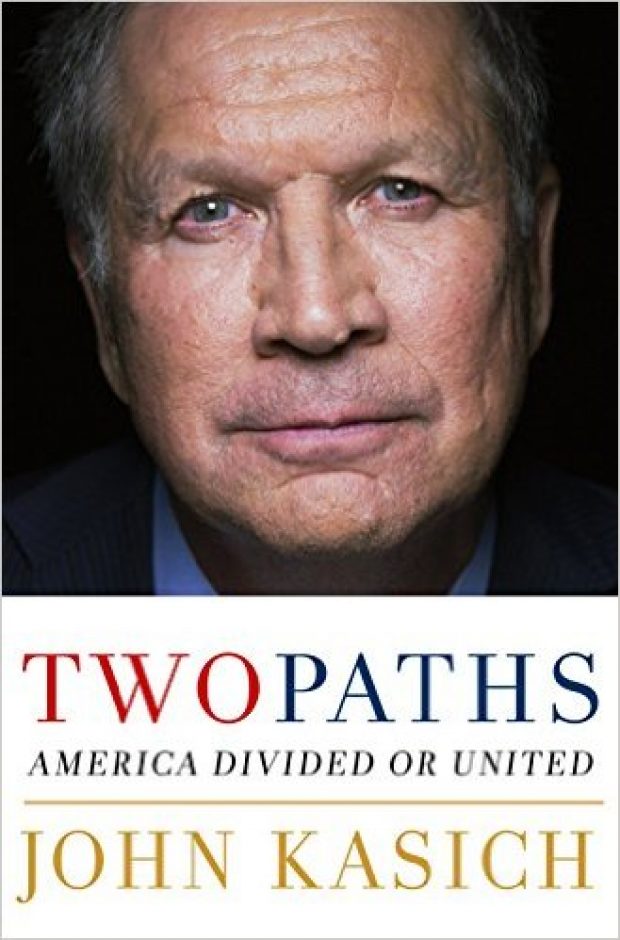 The jacket description on “Two Paths” is quite provocative. It’s as if Kasich is deliberately baiting the president to respond:

One choice―the path that exploits anger, encourages resentment, turns fear into hatred and divides people. This path solves nothing, demeans our history, weakens our country and cheapens each of us. It has but one beneficiary and that is to the politician who speaks of it.

The other path is the one America has been down before. It is well-trod, it is at times steep, but it is solid. It is the same path our forebears took together.

It is from this higher path that we are offered the greater view. And, imagine for a moment with me that view. Fear turns to hope because we remember to take strength from each other. Uncertainty turns to peace because we reclaim our faith in the American ideals that have carried us upward before. And America’s supposed decline becomes its finest hour, because we came together to say “no” to those who would prey on our human weakness and instead chose leadership that serves, helping us look up, not down.

This is the path I believe in.

This is the America I believe in.

And, this is the America I know all Americans want us to be.

Please, join me on this higher path. Together, united, we can reclaim the America we love and hold so dear. And lift all of us up to partake in its, and the Lord’s, many blessings.

Kasich first started trying to be Commander-in-Chief in 1999. He has been writing books ever since, including “Courage is Contagious,” “Stand for Something: The Battle for America’s Soul” and “Every Other Monday.” So far, none of these books have managed to get him into the White House.