Sean Spicer defended the administration’s use of the word “betrayal” when it fired acting Attorney General Sally Yates Monday night after she refused to defend President Trump’s executive order. 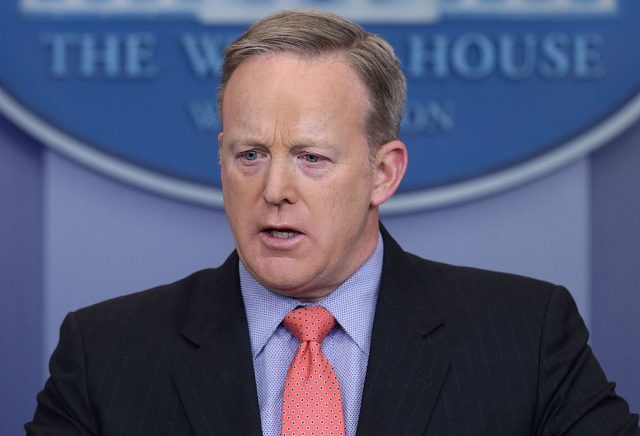 When the press secretary was asked Tuesday if  “that kind of language has a chilling effect on the public statements,” Spicer shot back with this response.

“You had a statement that President Trump made where he accused the acting attorney general of betraying her own department by expressing a counter opinion,” the New York Times’s Glenn Thrush said. “Don’t you think that kind of language has a chilling effect on statements that your officials make?” (RELATED: Stephen Miller Defends Firing Of Acting AG: ‘She Betrayed Her Office’)

“No, I think there’s a big difference,” Spicer said. “At the end of the day, if the acting attorney general has an office under her jurisdiction that says something is legal and compliant, and then she gets out there and says, ‘I’m not going to enforce it.’ That doesn’t sound like an attorney general that is upholding the duty that she swore to uphold.”

“Why use the word betrayal?” Thrush asked.

“They are the Department of Justice, and the attorney general says, ‘I’m not going to execute it,’ that clearly was a betrayal,” Spicer said.

Spicer defends Yates' removal and the usage of the word "betrayal." pic.twitter.com/OH7npIFRh7