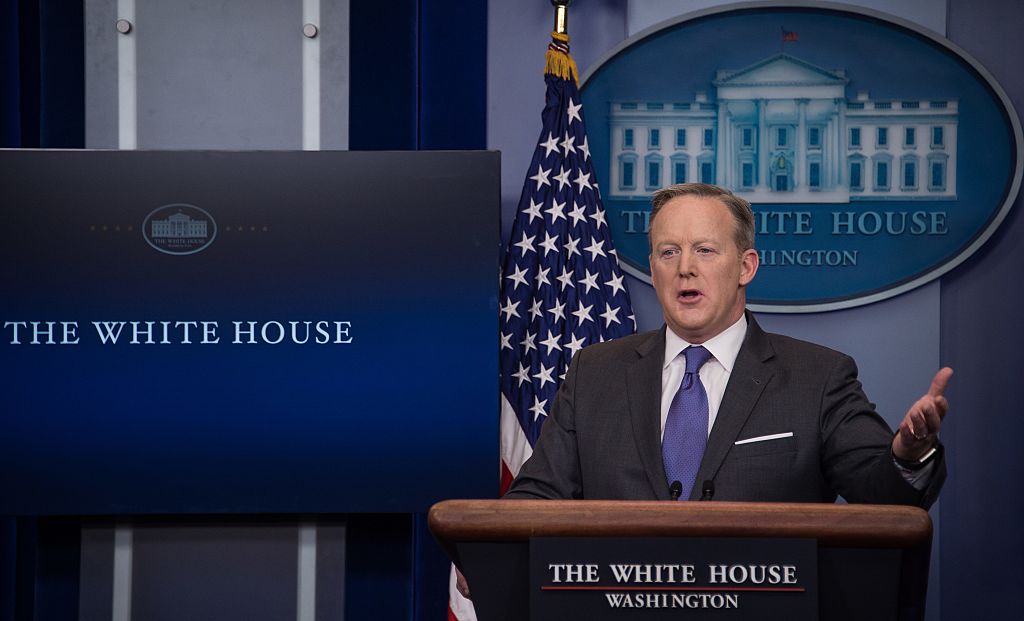 “It’s unfortunate the Senate Democrats remain so out of touch with the message that the American people sent this past November,” the White House press secretary stated. “The people want change, President Trump is delivering that change, and the only response from Senate Democrats so far is to try to stall the core functions of our government.”

“I know that I have repeated this every day, but honestly it’s getting a bit ridiculous,” he continued. “The idea that these highly qualified nominees have had the votes for their nomination to be endorsed out of committee and get a full vote are being stalled because Democrats are boycotting is outrageous.”

“The mere idea that they’re not even showing up to hearings is truly outrageous.”

Spicer gave “a special shoutout to the folks at C-SPAN for making sure that all of these embarrassing actions by Senate Democrats get the wall to wall coverage that they deserve.”

Additionally, Trump’s top spokesman threatened that “voters are going to remember what senators stood in the way while President Trump was trying to install his agencies and department heads the next time their names are on the ballot.”

“I don’t mean to sound like a broken record, but the numbers don’t lie,” he continued. “16 of President Trump’s nominees to head major department and agencies are still waiting to be confirmed. At the same time in 2009, President Obama only had seven of these people waiting confirmation, and in 2001 President Bush had all but two.”