Debbie Wasserman Schultz said she believes that President Trump thinks he was elected “as a dictator.” 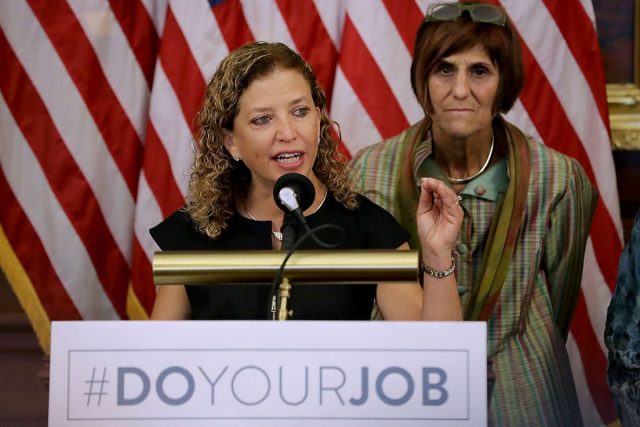 After the president tweeted Monday that Democrats “should be ashamed of themselves” because they are delaying his Cabinet nominations for “purely political reasons,” the former Democratic National Committee chair said she found his comments “interesting” and “telling.”

When will the Democrats give us our Attorney General and rest of Cabinet! They should be ashamed of themselves! No wonder D.C. doesn't work!

The Democrats are delaying my cabinet picks for purely political reasons. They have nothing going but to obstruct. Now have an Obama A.G.

“Because it shows that he believes that he was elected as a dictator,” Wasserman Schultz said during an interview on Fox Business. “There is an advise and consent role for the United States Senate and that is what they are doing. He doesn’t just get to have his nominations rubber stamped.”

“Look, Hillary Clinton beat Donald Trump by nearly 3 million votes,” she continued. “The people did speak, and Donald Trump would do well to listen to them.”

Wasserman Schultz added that she thinks some of Trump’s nominees are “wholly unqualified.”