Rex Tillerson was confirmed as the next secretary of state on Wednesday. 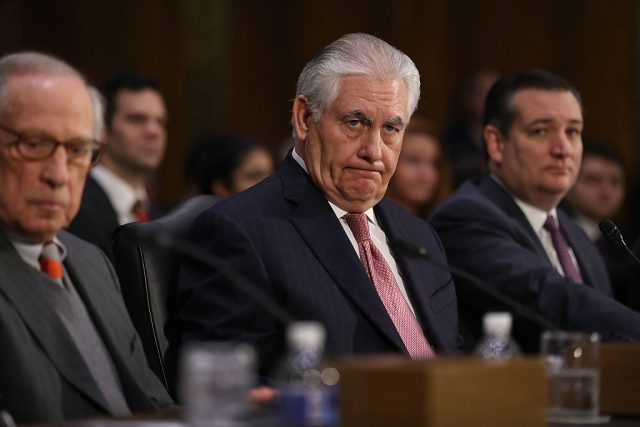 The Senate confirmed the former chairman and chief executive of Exxon Mobil with 56 votes in favor and 43 against him.

“As a former Governor, I understand how crucial it is for an executive leader to have his team in place to conduct our nation’s foreign affairs,” Manchin said. “I have known Rex Tillerson for years through our work with the Boy Scouts of America and know him to be honorable and patriotic.”

“I have no hesitation in supporting Rex Tillerson’s confirmation to be Secretary of State after the Office of Government Ethics described his ethics agreement as a sterling model for what they would like to see from other nominees. Rex Tillerson’s extensive career will bring a unique perspective to the State Department, and I believe he will provide wise counsel and objective advice to the President on our nation’s foreign policy. I look forward to working with him in a bipartisan manner in the best interest of all West Virginians and Americans.”

In mid-December, Trump announced that he would nominate Tillerson for the position of secretary of state after they met for two hours at Trump Tower. The president — who also considered Mitt Romeny for the role — said Tillerson was in a different “league” than his other options.

“He is the embodiment of the American Dream,” Trump said.