Nancy Pelosi revealed she thinks Donald Trump is some sort of time-traveling immortal when answering a question from “Bushra,” a Yemeni immigrant, during her Tuesday town hall on CNN. 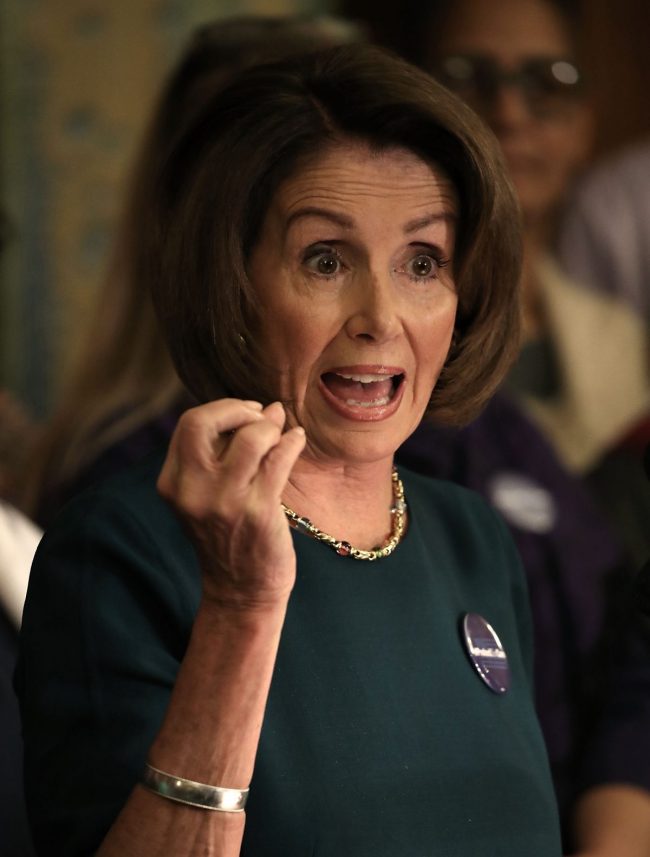 When asked what Democratic leadership will do to help those affected by Yemen’s ongoing civil war, the House Minority leader chose to answer by pointing the finger at Donald Trump and his “incompetent” administration.

Again — just so everyone’s clear — she blamed a man who has been in office for less than two weeks for a war that began more than two years ago.

“Your family is suffering because your president is reckless, and his administration is incompetent,” she told Bushra.

Apparently, the California Democrat forgot about the $112 million worth of munitions President Obama sold to Saudi Arabia during the war, which the Kingdom then proceeded to use to bomb Yemeni rebels and civilians alike.